Recently, YG Entertainment announced that the release of iKON‘s repackaged album ‘New Kids Repackage: The New Kids‘ would be postponed. It was originally planned for release for the end of December. However, they will release it on January 7th.

iKON has revealed that their title track would be ‘I’m OK‘. They have also released a title poster for their upcoming comeback. Check it out below! 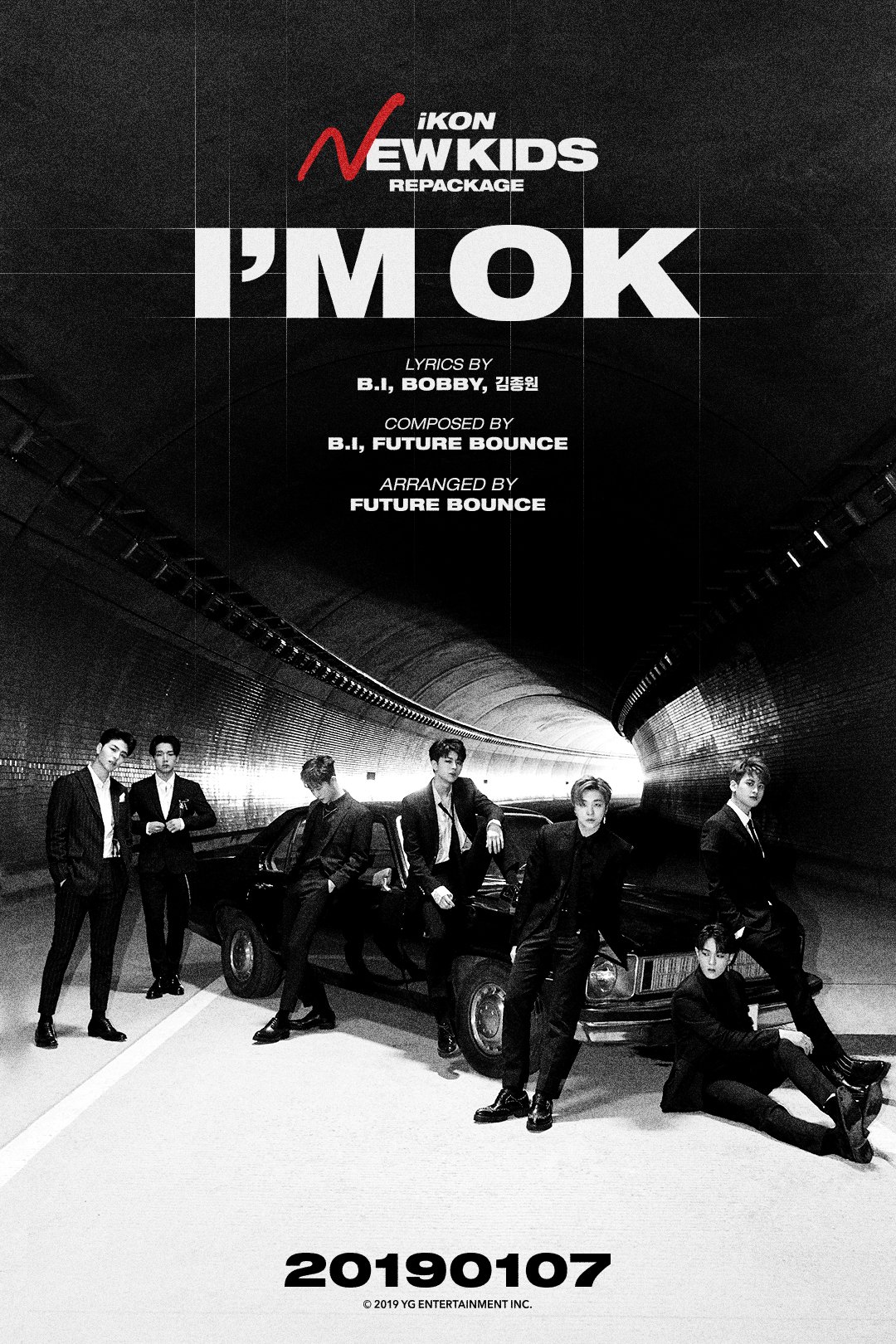 In the title poster, the seven members are standing and sitting around a parked black car. It is located int he middle of a long tunnel. The title poster is black and white. The members look classy as they are dressed in suits. Fans are definitely curious about what their concept will be like for their upcoming comeback.

Are you excited for iKON‘s comeback? Let us know in the comments below.