YG Entertainment‘s iKON has revealed the poster for the title track of their upcoming comeback. The title is ‘Killing Me‘, and details about the song have also been revealed. The lyrics were written by the group’s leader B.I, and he also composed it along with Joe Rhee and R.Tee. R.Tee and Joe Rhee arranged the song.

iKON will be making their long-awaited comeback on August 2nd at 6pm KST. The group will be releasing a new mini album ‘New Kids: Continue‘, including the MV for ‘Killing Me‘. This will be a continuation of their first single album ‘New Kids: Begin‘, which was released on May 22nd 2017.

Check out iKON’s poster for ‘Killing Me’ below! 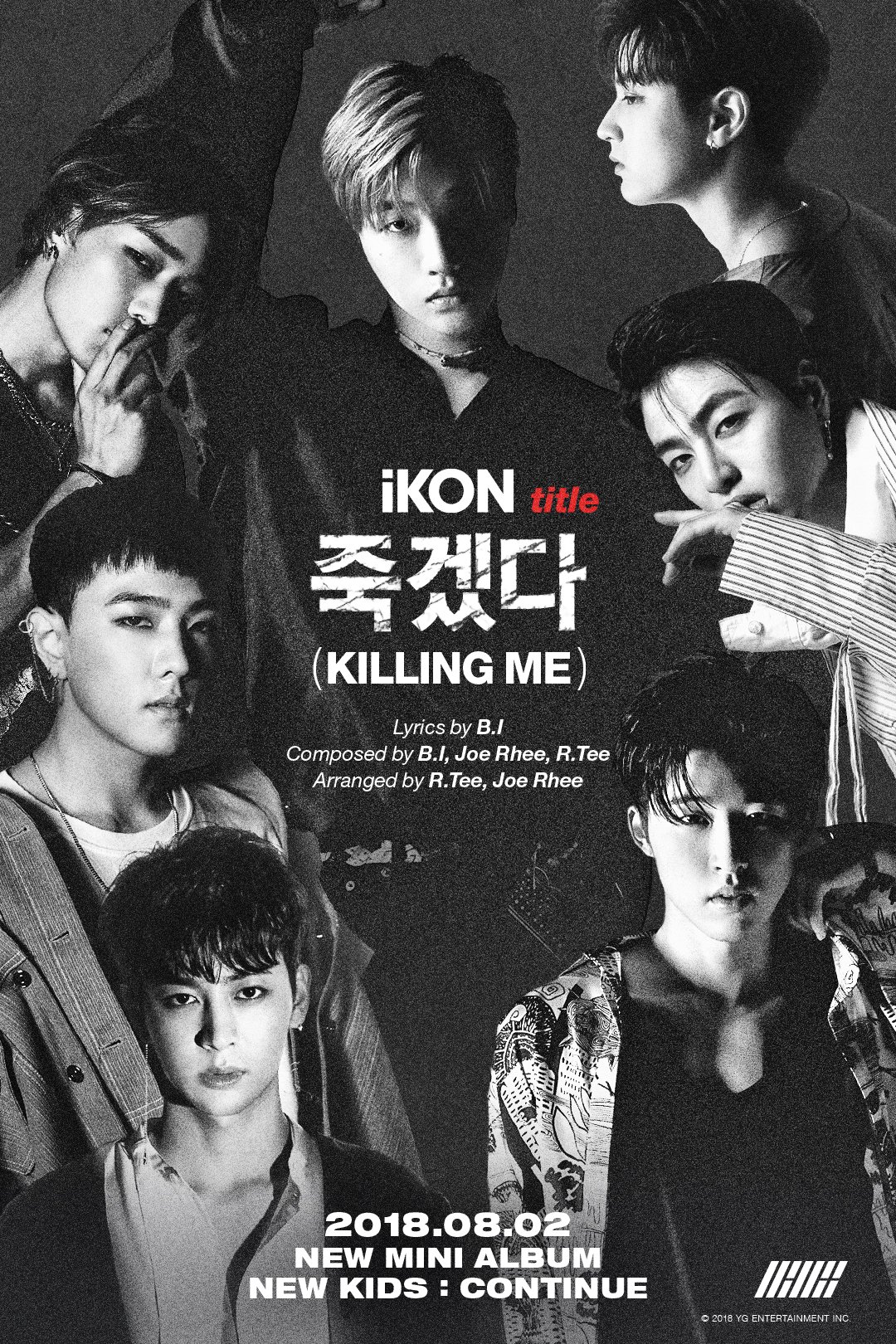 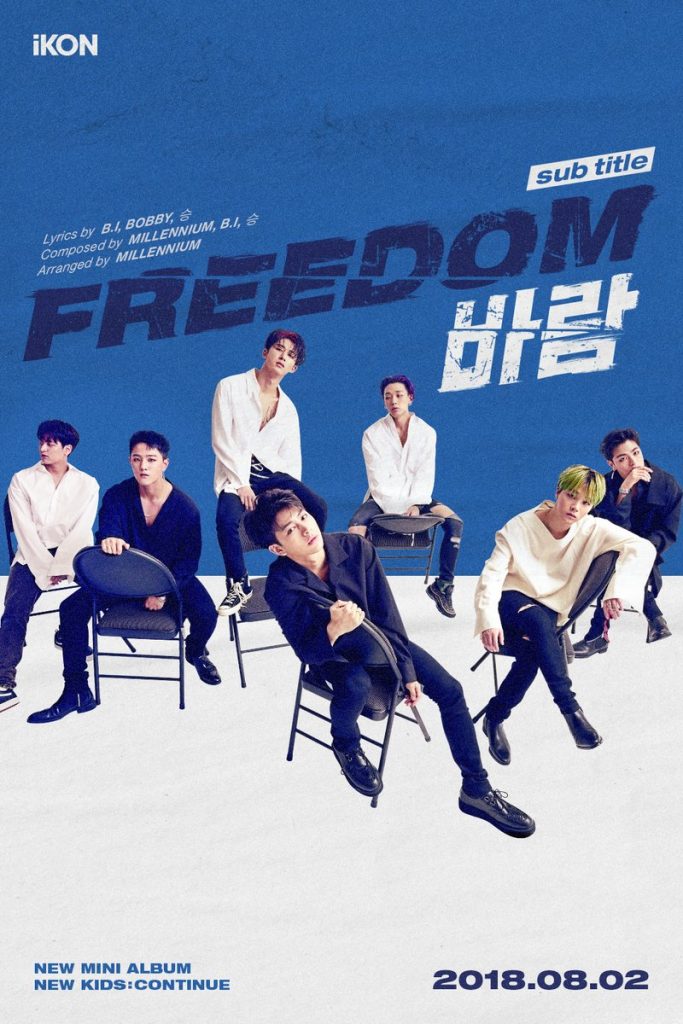 The poster shows the individual photo teasers that were released yesterday via their official SNS. Each member has an individual image teaser in time for their upcoming track. Since the title is ‘Killing Me‘, and the title poster is dark, this suggests that the boy group is going for a darker and cooler concept for this comeback. This contrasts with their most recent comeback with ‘Love Scenario‘ in January this year, which had a fun and cute concept.

What are your expectations for ‘Killing Me‘? Let us know in the comments below!