iKON’s B.I And Bobby’s “Anthem” Will Have You Eager To Listen

iKON’s B.I And Bobby’s “Anthem” Will Have You Eager To Listen

The rookie group, iKON recently debuted with the first half of their album for ‘Welcome Back‘ and has now given us a date for the release of B.I and Bobby‘s single ‘Anthem‘.

The single will be released on November 16.

YG Entertainment made the announcement with a posted titled ‘iKON – DOUBLE DIGITAL SINGLE ANTHEM.‘ not only did it include the title of the song but it included a black and white photo of Bobby and B.I, and another poster was released containing the same information but in full black and white. 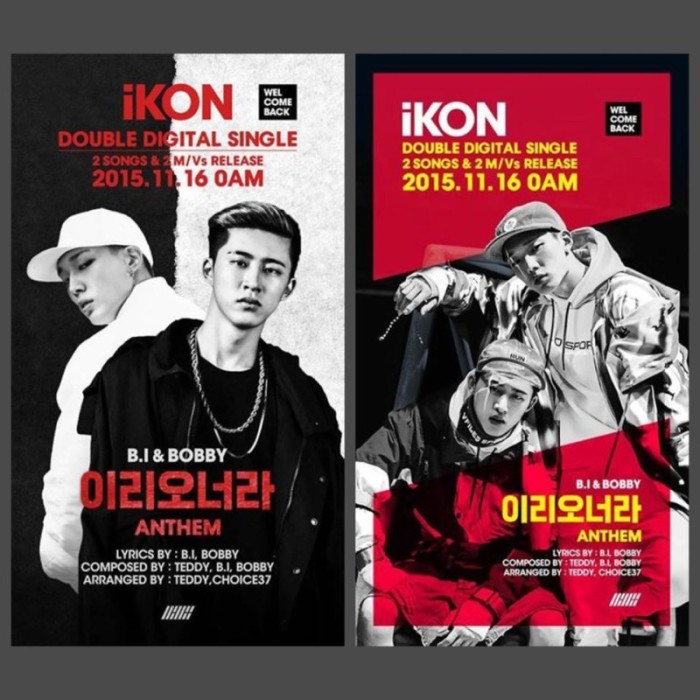 YG also announced that iKON’s full album, which was suppose to be released on November 2nd, will instead be released December  14th. Christmas will be right around the corner till then; therefore, you know which album to ask for, for Christmas.

Scroll for more
Tap
Daehyun Is Making Your Heart Ache In His Teaser For ‘Matrix’!
Former EXO-M Member Tao Speaks Up For The First Time Since Departure
Scroll