On January 3rd, iKON revealed their track list for the ‘NEW KIDS REPACKAGE’ album. Check it out below: 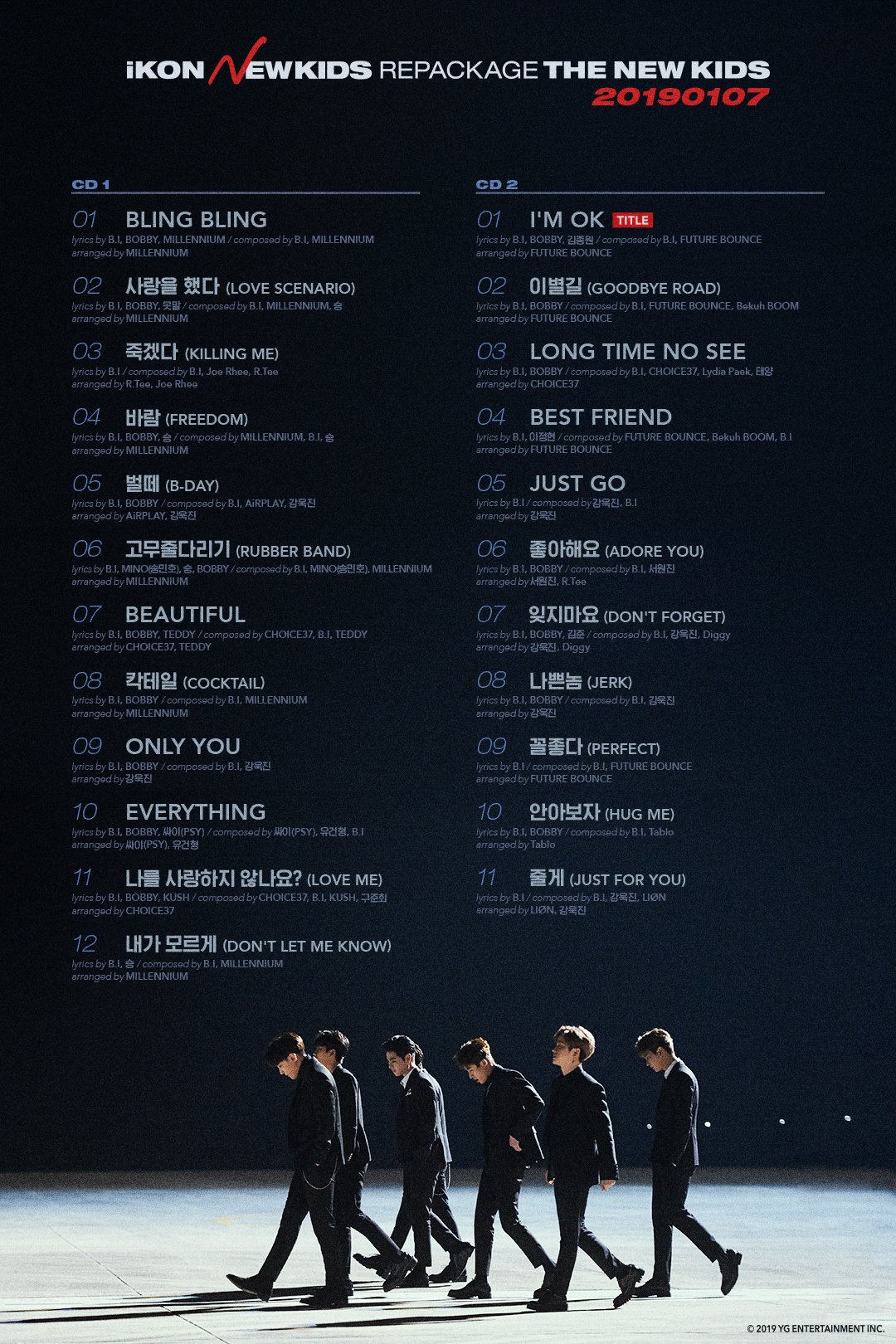 The album features two CD’s with the title track ‘I’M OK’ and features a total of 23 songs. The released track list has an image of the boys walking along the bottom, dressed in dark clothes in a dark space, along a brightly lit floor.

iKON have also released details for the repackaging. There are two versions: ‘RED‘ version and ‘BLACK‘ version. Check it out below: 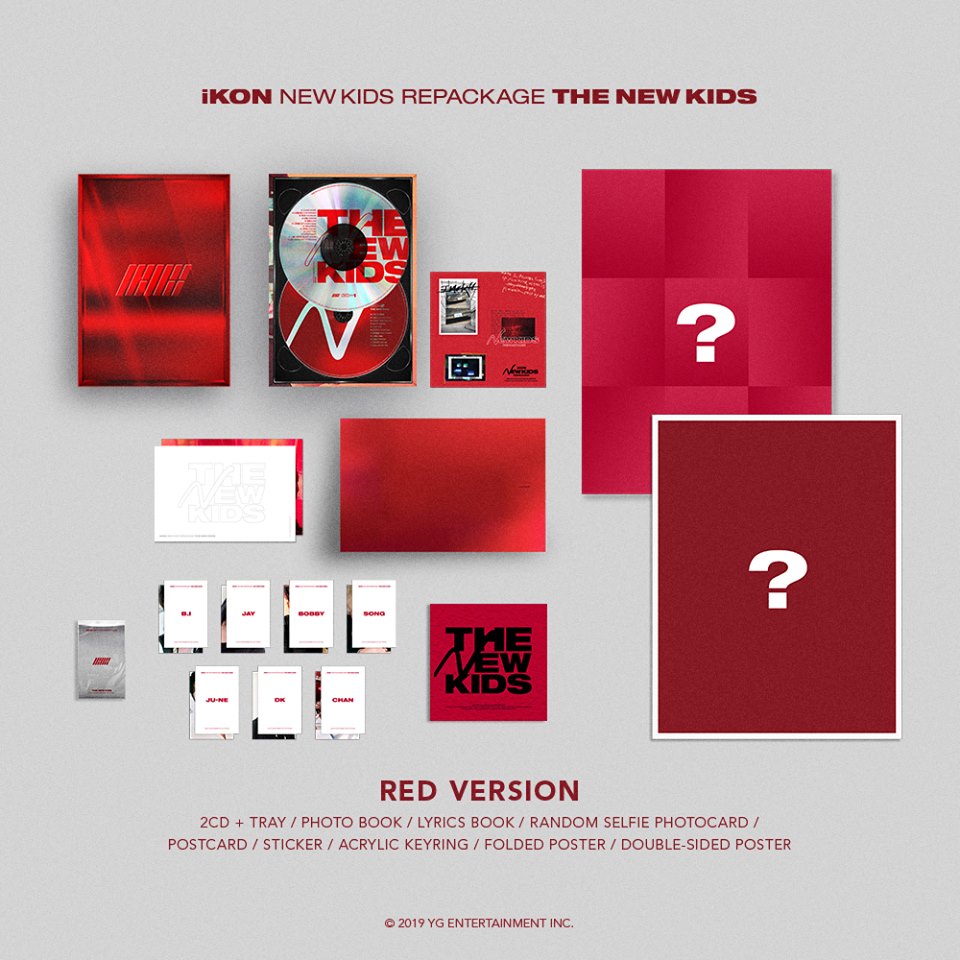 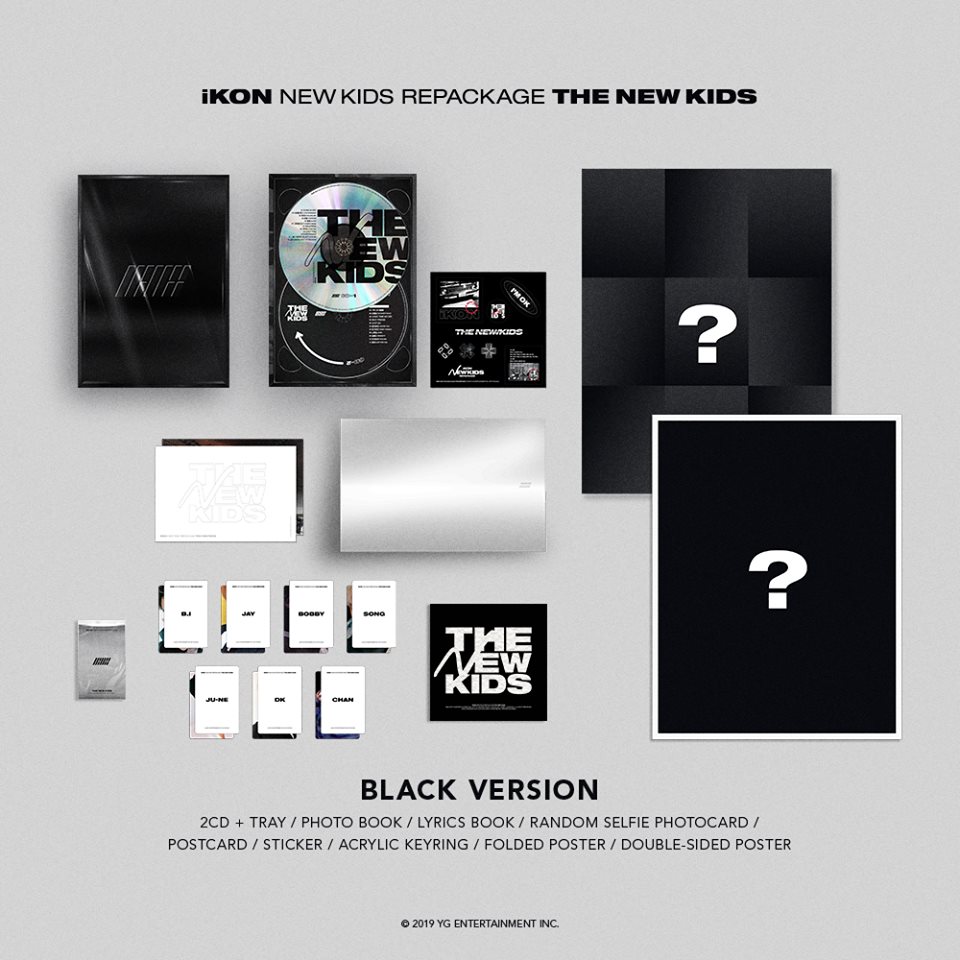 The repackage will include:

What do you think about iKON’s ‘NEW KIDS REPACKAGE’? Let us know in the comments below.

Scroll for more
Tap
Astro go ‘Green’ in new official photos for ‘All Light’
Punch released the track list of her first mini album ‘Dream of You’!
Scroll
Loading Comments...