IMFACT finally announces their exciting return with a comeback schedule

IMFACT finally announces their exciting return with a comeback schedule

IMFACT is ready to make another return in just 4 months! They will be returning with a new digital single called ‘NaNaNa’. It sounds like the perfect sound to make a summer return with. Meanwhile, check out the comeback schedule below! 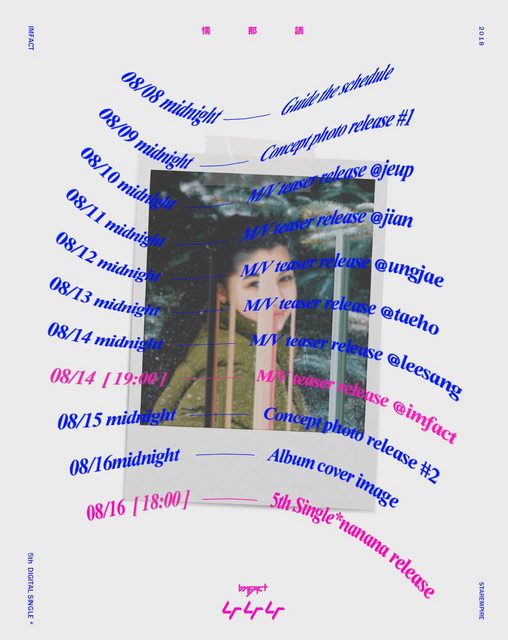 They have a lot in store for the fans. They will begin with the first concept teaser on August 9th. Following on is their individual MV teasers set from August 10th to August 14th. Their group MV teaser will dropped later in August 14th. Then, the final teasers are the second concept teaser and album cover teaser, which are set for August 15th and 16th respectively.

Then, IMFACT will make their hot return with their 5th single, ‘NaNaNa’ on August 16th. Are you excited? Let us know in the comments below.

Scroll for more
Tap
STATION x 0 teases for ‘Who Is Next?’
TWICE looks fierce as a group for latest ‘BDZ’ teasers
Scroll