As IMFACT have mentioned previously, with their new ‘IMFACTORY‘ Project, the boys will be releasing a new track every month! Now the third part has arrived, and that means that IMFACT is ready to release another track! The boys have started teasing for ‘Tension Up‘ with a comeback trailer and an image teaser! Check them out below!

In the comeback trailer, it shows off the type of concept the boys are going for! It seems that the boys will be doing a retro concept with a jazzy beat. The boys wore some very colorful outfits that matches well with their sunglasses! The lighting used made it seemed like the boys were watching some type of movie. It was incredible how in sync they were when they turned their heads towards the girl who roller skated passed them. It was cute how they all simultaneously stood up to follow with the exaggerated sound effort, making it look even funnier.

Also, in this video, it has featured their comeback schedule! It showed that the boys will be releasing their concept group photo on March 29th, concept photo one and two be released on March 30th and 31st respectively, the music video teaser on April 3rd, and the behind photo on April 4th. 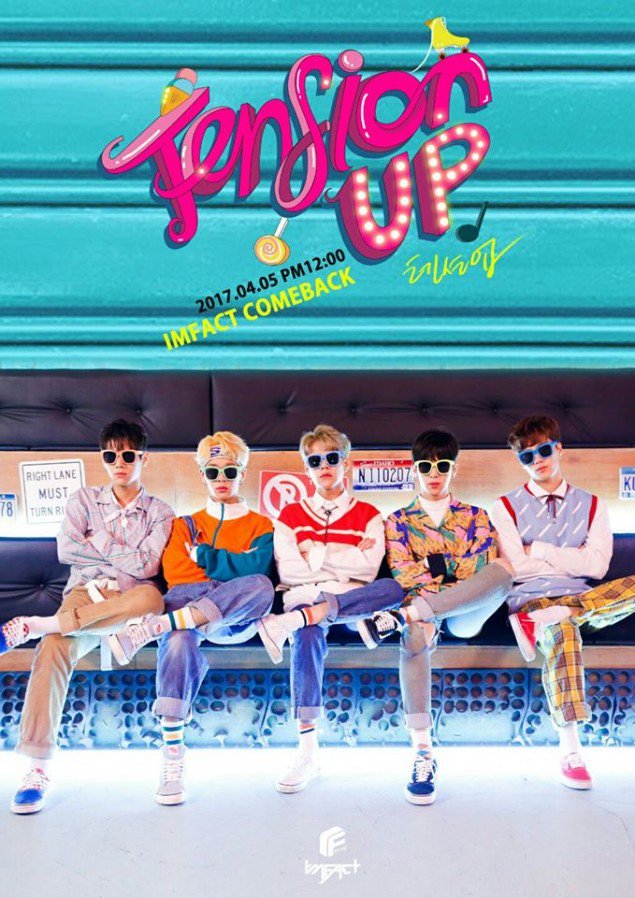 The teaser image was also dropped. It reveals the same bench the boys were sitting on in the comeback trailer. They definitely look stylish with their sunglasses on! It is also adorable to see the same gestures from each of the IMFACT members. It definitely has fans excited for what’s to come!

IMFACT will be releasing ‘Tension Up‘ on April 5th. Meanwhile check out the comeback trailer and let us know what you think in the comments below!