V.O.S returns after six years with a double titled mini album called, ‘Re:Union, The Real’! The album includes five tracks with the dual title tracks being ‘The Only One For Me’ and ‘The One’.

The group debuted in 2004, as a trio under Star Empire Entertainment. The name V.O.S literally means ‘Voice Of Soul’, and was consisted of members Park Ji-heon, Choi Hyun-joon and Kim Kyung-rok. 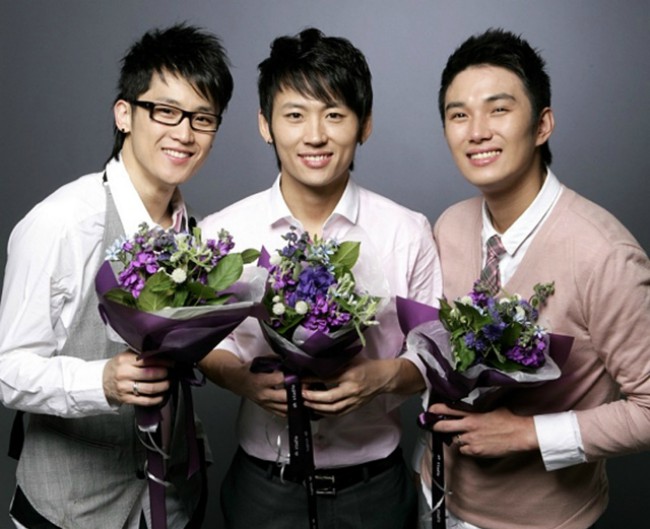 In 2010, member Ji-heon departed from the group making making Hyun-joon and Kyung-rok continue as a duo.

End of last year, Happy Face Entertainment, the agency which the group is currently managed by, announced of the return of Ji Heon to the group and the possible comeback along with the reunion.

The ‘The Only One For Me’ is a heart breaking story of a young man who goes through his memories he had with the one person who loved and took care of him, his father.

In the music video, a homeless boy is being found by a man who is also lonely and he shelters this little boy, cares, loves, educates him as if he is this man’s own child. The child grows up and returns home, which is empty, but filled with memories, and is grateful for the person who isn’t there anymore. His heavy heart breaks out into tears as he thinks of his gone days.

Check out the music video here.

The tracks of the album are composed by Hyun-joon and is inspired by their debut album, ‘The Real’.

On 13th January, the trio showcased their grand return successfully at Ilchi Art Hall in Gangnam-gu, Seoul, and held a press conference.

Here are some live performance from the showcase.


It definitely the celebration time for the SOULMATES, fans of V.O.S, who never imagined of a return from this fabulous boy group. Isn’t this a wonderful surprising gift? Share you thoughts about this with us in the comments below.

Stay with Officially Kmusic to know all the latest Korean Entertainment news.

Scroll for more
Tap
Ravi Drops His Second Track Off ‘R.EBIRTH’ Featuring Basick
VIXX Says To ‘Depend On Me’ In The Teaser Images For Their New Album
Scroll
Loading Comments...