Having made their debut in 2017 with a comeback in April with ‘Snapshot‘, IN2IT has finally revealed their official colours! What could the colours be? Well, check it out below to find out! 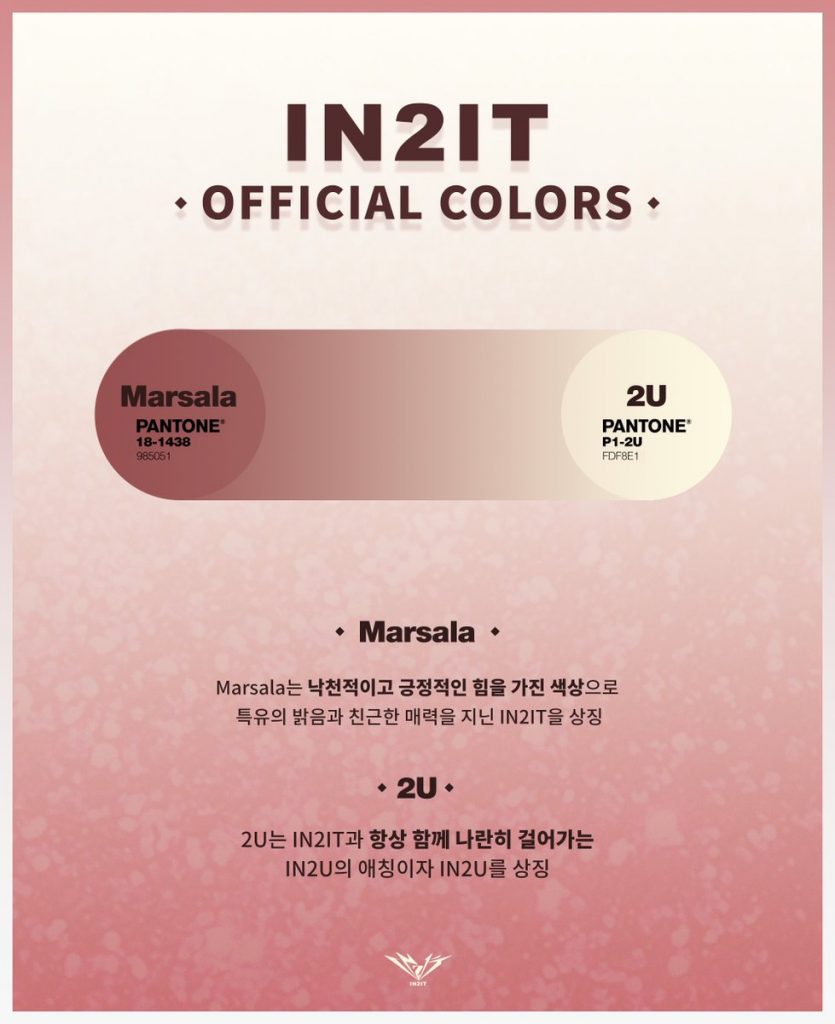 They have gone with two colours, one that appears white, and the other appears maroon. Each colour has its own special meaning which brings credibility to their choices. The maroon colour is officially known as Marsala. It represents the optimism and positivity that they have. This highlights one of their charms! The other colour is called 2U, which is dedicated to their fans, IN2U. Thus, meaning that they will always walk alongside IN2IT!

Are you happy with their colour choices? Let us know in the comments below!