INFINITE Achieves an All-Kill with “Man in Love”

INFINITE Achieves an All-Kill with “Man in Love”

Only few hours after its official release, INFINITE has raised to the top of the most important music charts in Korea, achieving an all-kill with its new song, “Man in Love”.

The song was found at the top of the charts for Bugs, Naver Music, Soribada, and Melon, while ranking in the Top 10 charts of many others. 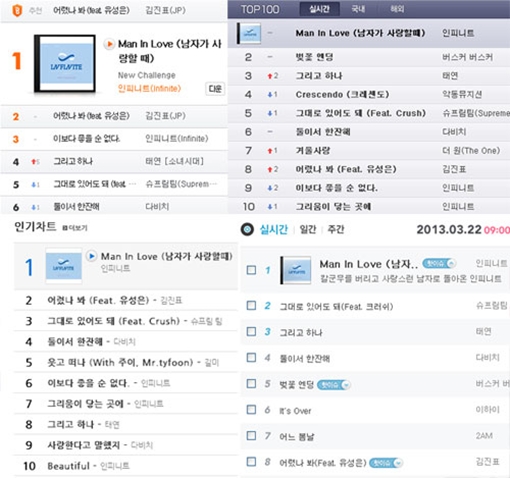 INFINITE made a comeback with “Man in Love” on March 21st. Check out the music video below if you missed it!