About two months after finishing their promotions for “Pretty“, Infinite H fulfill the promise they made to Inspirits. That promise was if they won #1 on any music shows, Dongwoo would dress up as a woman. Now that we’ve seen the results boy, they went all out!

In a Naver tvcast video, we can see Infinite H on the set of their new music video with Dongwoo dressed in a lovely pink dress, paired with a cute flower wreath in his hair and if you think that was enough, Hoya certainly didn’t.

Part way through the video, Hoya slaps a palm full of shaving cream on Dongwoo’s left leg while the right one is treated to a nice dry strip of tape; talk about ouch! Personally, I would have recommended wax, but that’s just me. I just hoped afterwards he shaved his legs completely. It would be a bit weird to walk around with legs that have random patches of hair missing. 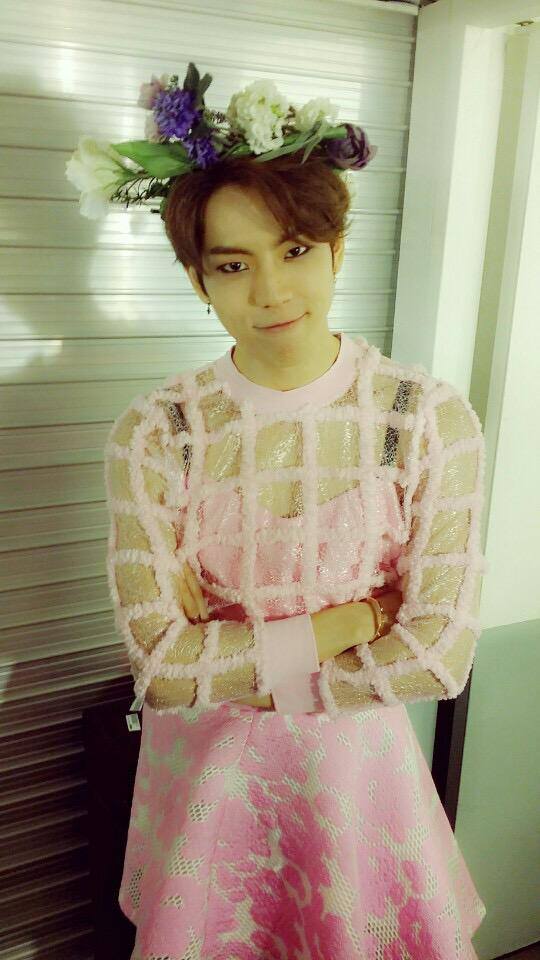 If you want to watch the Naver video, you can click here.

In related news, the pair released the music video for “As Long As You’re Not Crazy” on the 14th.