A special BTS video for ‘Fly High‘ has been released by INFINITE-H!

This 30 minute video isn’t your normal behind the scenes, it shows the boys filming their jacket photos.  Revealing that nothing was Photoshopped and the paint is indeed real in which the guys splattered each other with it. 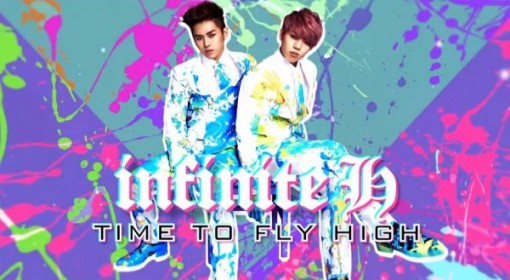 The boys joked around with one another and introduced the female actress for the music video, who was none other than model Song Hae Na. But it only gets better as Dongwoo was captured spilling the director’s coffee cup and then jokingly commenting that the camera only filmed him when he was making mistakes.

Check out their funny Behind The Scenes video below!