INFINITE Reveal A Comeback Slated For May!

INFINITE Reveal A Comeback Slated For May!

Get ready Inspirits, INFINITE are gearing up for a spring comeback!

Recently, the group held their fan meeting “2017 INFINITE’s Infinite Gathering 3“. The fan meeting consisted of fun solo stages, special stages, and surprise teasers for a comeback! The boys played a video with featured solo shots of each member, and it ended with the words “2017 May”. 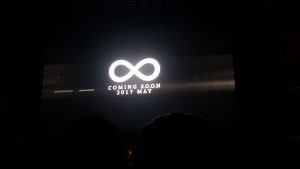 It’ll be eight months since their last comeback with ‘The Eye‘, which proved successful in getting them 3 awards. The group will also be turning 7 in June, just a month after their comeback!

Check out ‘The Eye’ below:

Are you excited for Infinite’s comeback? Let us know in the comments below.

For all the latest in Korean entertainment, follow Officially KMusic!