A survey titled, “They’re so~ different~ from their real selves! The cosplay-idols that have a business image” was recently conducted by the show, “Weekly Idol.” There were varying answers for a lot of idols who participated in the survey. There were different suggestions on who is the most different on and off camera.

TEEN TOP members Niel, Ricky, and Changjo voted their group member, L.Joe. They wrote, “Angel on stage, demon off stage!!!!!,“ “Cute hyung vs player hyung,“ and “He really has absolutely no charisma!.“

INFINITE‘s maknae, Sungjong was nominated by L. He shared, “Show us your real self.“ 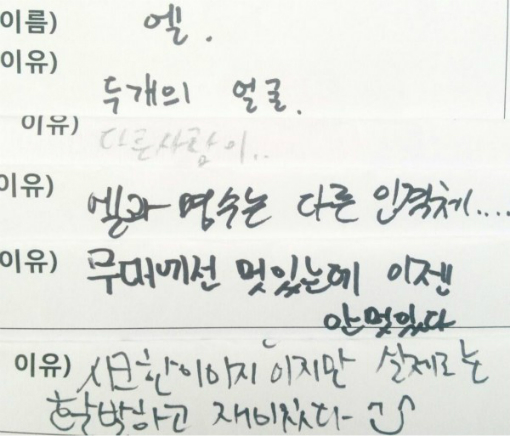 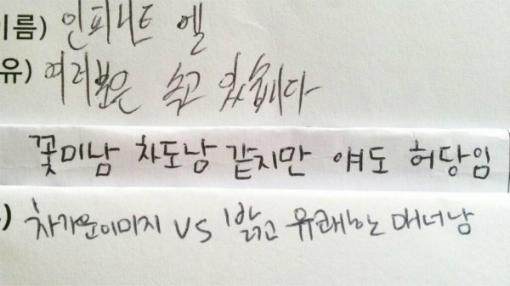 However, more artists nominated L as the Cosplay-idol. INFINITE’s Sunggyu, Dongwoo, Hoya, Sungyeol, and Sungjong wrote, “He has two faces“, “It’s not the same person..“, “L and Myungsoo are different people…“, “He’s cool on stage, but he’s not cool anymore“, and “He has a chic image, but he’s actually lively and fun“. TEEN TOP’s C.A.P, Rainbow‘s Jisook, and Hello Venus‘ Ara seemed to agree, as they also nominated L for the survey. They wrote, “You’re all being fooled“, “He seems like a cold city pretty boy but he’s actually weird“, and “Cold image vs bright, nice manner-man“. 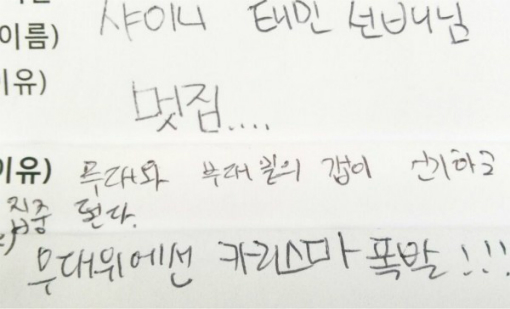 There were also artists who chose themselves as the cosplay-idol. SHINee‘s Taemin voted for himself as he shared, “I’m professional on stage.“ He was joined by TEEN TOP’s L.Joe, VIXX‘s Leo, and Dal Shabet‘s Ahyoung who wrote, “He’s cool…,““I’m amazed by the gap he has on and off stage. I focus on him“, and “He explodes with charisma on stage!!!“

ZE:A‘s Kwanghee was voted by SHINee’s Key. He wrote, “He works hard to be serious on stage“. 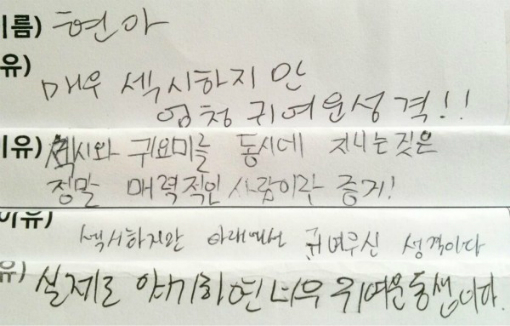 The last but not the least on the list was shared by Weekly Idol is 4minute‘s HyunA. Rainbow’s Woori, VIXX’s Ravi, Boyfriend‘s Jeongmin, and Dal Shabet’s Serri nominated her and wrote, “She’s really sexy but she has a really cute personality!!,““Her being both sexy and cute is proof that she’s a very charming person!,“ “She’s sexy, but off stage she’s cute“, and “If you talk to her, she’s a really cute dongsaeng.“