An Interview With G-DRAGON – Get Ready of ACT III, M.O.T.T.E. Auckland!

An Interview With G-DRAGON – Get Ready of ACT III, M.O.T.T.E. Auckland!

With only a short while before G-DRAGON is on stage in Auckland, the iconic Korean artist sat down to give some insight about what to expect from the tour as well as some truths about the legend himself.


What would be the difference in between G-DRAGON and Kwon, Ji Yong?

G-DRAGON is a fancy person. People doesn’t expect the upright images of G-DRAGON and so I’ve less pressure on what I do and can act freely. That’s what I’m good at, and that’s the images people love about G-Dragon. On the other hand, Kwon Ji Yong is an introvert, and has lots of things going on in his head. I have been hearing about how I am different from on-stage to off-stage. It was my first time to show Kwon Ji Yong itself to the public and felt that G-Dragon’s image has a lots of difference from person Kwon Ji Yong.

It has been four years since the last solo album, what is the biggest difference in between G-Dragon now and G-Dragon four years ago?

I’m worried that I’m getting more mature as I age. Just until last year, I didn’t feel the need to take on full responsibility for every little detail, but rather thought “if I do well, then everything else will just fall into place.”  With this kind of mentality, I actually did enjoy working a bit more than when I faced hardships and obstacles. Unfortunately, hardships led to negative thoughts. I can’t say for fact that having negative thoughts necessarily mean I’m getting more mature, but I really am thinking about things now that I’ve never thought of when I was younger.

As a solo performer and solo as the leader of Big Bang, you have visited and performed in many countries. What are the biggest differences between Korean fans and overseas fans? When you went on your first world tour, did you expect to see many excited fans overseas?

There isn’t much of a difference between the fans here in Korea and fans overseas. No words can describe how thankful I am for their support. I gotta say I really was surprised at my first World Tour. It was amazing to see what we’ve always dreamed of, right before our eyes. It was an amazing experience overall to realize we have fans supporting us from places that we visited for the first time. 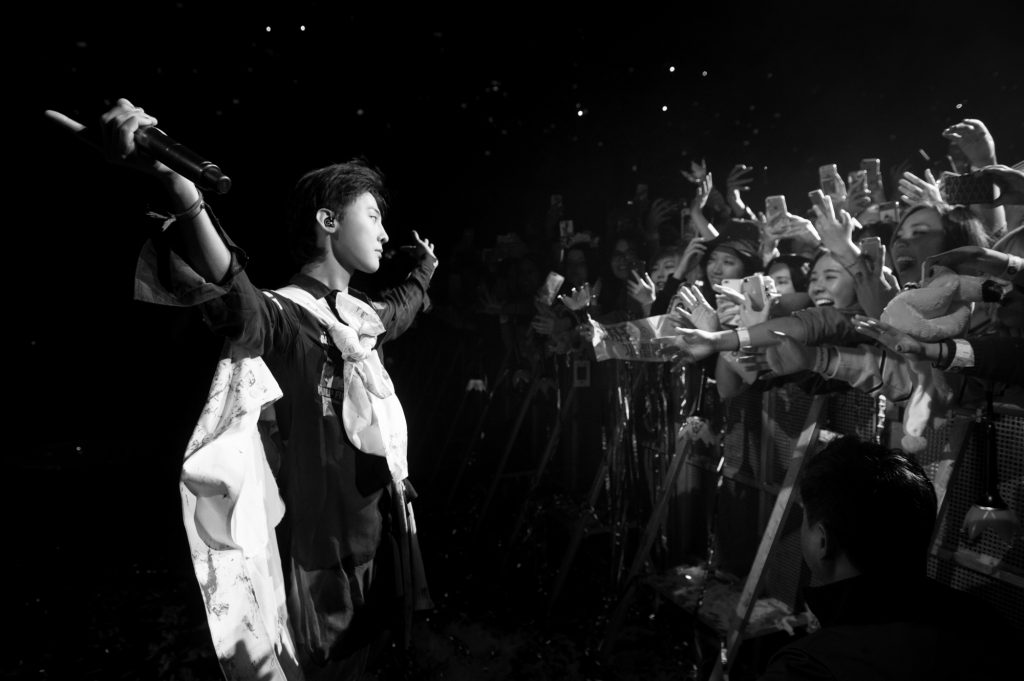 The concept for this tour is ACT III, M.O.T.T.E (Moment of Truth the End) is what I know, what do you want to show your fans from your show?

I approached working for this album a bit differently from the rest of my albums. I realized there are so many things I don’t know about myself – things I never got the chance to find out about myself and memories I’ve lost over the years. That is why I’ve spent time looking over my past albums and thinking about my past years.

Starting end of last year, I’ve been writing down words that come to my mind, which I’ve incorporated into the lyrics and the overall concept of my World Tour.

I’ve turned thirty this year and am going through an important phase in my life. Instead of focusing on showing a trendy, new look and sound, I’ve worked for this album as if it’s my last.

When you first announce this tour, you mentioned that you will show the Moment Of Truth The End’ – the moment of truth, truth itself, loneliness and anguish hidden behind the glamorous life following the massive success and will present act III of your life: 30-year-old Kwon Ji Yong, 3rd stage of your career. It has been 11years as an artist, when was the most difficult time and felt lonely?

This year, I’m having hard times and feeling lonely every day. Before, I didn’t have time to think about this but nowadays I was so busy that I was in another country and I was moving to another country if I closed my eyes.

I enjoy a more stable life than others, be loved wherever I go and work well, but I have a lot more to lose. So I feel a lot of happiness, sadness and loneliness. It’s not necessary to show this part of me to other people and I don’t want either. It’s so personal.

You were on the tour from 2012, 2015, 2016 as a member of BIGBANG and this tour is your second solo tour after 2013 solo tour. What is the biggest difference when you are on stage with other members and on stage alone?

The biggest difference will be stamina. Instead of having five people performing for two hours become to one person performing the same time. I feel lonely a bit but it also becomes a factor to get concentrated in the show.

When I recall the times, BIGBANG always did their best to bring out the best result every moment. We have achieved a lot of works, concerts, albums, TV programs, commercials….a lot of works. Especially, all of our members are really greedy in music aspect. That’s why we did our best for the best outcome, even though it takes a lot of times.

You have gained success as both group and solo artist. Did this fact gave you a big pressure on preparing your album?

In fact, I attended most carefully and seriously for this solo album. BIGBANG is 5 and has already been 10 years so we have a certain frame. I couldn’t be personal as I have to think together and write songs for BIGBANG, not me. It’s also a group that shouldn’t be personal. BIGBANG is much more popular group to audiences. Therefore, we had to write songs that can gain sympathy from the audiences, which was easier to me. This time I was really worried as it is my personal album. It was fun but difficult job

You have just kicked off your second world tour. How do you feel?

People who has been watching me working for the album says that they feel much relieved after the album is released. However, I strongly feel that I’ve just started with the result that I’ve been preparing. It’s the beginning of the World tour, which is the extension of the album.
Everything has heavy meaning especially the aim of this solo album is to show KWON JI YONG, not G-DRAGON.

Is there a reason fans should watch ACT III, M.O.T.T.E?

It can be the first and last show to show myself as Kwon, Ji Yong instead of G-Dragon.

Make sure you catch G-Dragon at his Auckland show on Wednesday the 16th of August at Spark Arena.

Be following IME AU for all the latest details and updates.