First off, congratulations on another successful SXSW showcase! This was my first time seeing your performance in person and watching it was a surreal experience. I feel like I was able to enjoy it more because I had spoken to you before and could see how much work you put into it.

What kind of experience did you have performing this year versus 2017?

Kim Ximya: Since I’ve been there once before, it was a more comfortable trip and mildly exciting performances. 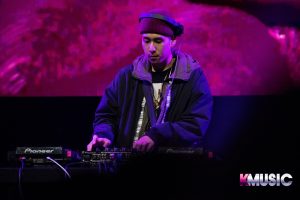 You’ve said that the music stems from the chemistry you two have when creating, as a rapper and producer. Did you feel this kind of balanced bond when you met, and what steps did you take to create a single identity with this project?

FRNK: I think the chemistry between us was great from the beginning.

How would you describe each other’s style? Most artists feel like they are pushing each other to keep improving. Is there something that each of you want the other to try doing?

Kim Ximya: We try not to fix anything the other team member does. We try our best to build up on it.

If you had to introduce someone to your music, that had never heard it before, which track would you show them and why?

FRNK: [Flight Attendant] – it has some commercial aspects to it. 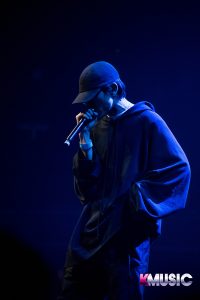 After speaking to you both this year, I was impressed by how much thought goes in to making your experience. More so than that, since most of “Language” and “Second Language” sheds more light on FRNKs’ producing, it really puts into perspective how well you two work together. I remember you saying that these tracks weren’t really discussed between you two as you prepared, do you think it’s better to have less communication and more faith when it comes to creating together?

Kim Ximya: Depends on who you’re working with. It doesn’t work all the time.

FRNK: Less communication works sometimes, but it’s important to have trust in the other person.

What are you currently focusing on in terms of music?

FRNK: Working on my solo project. It’s kind of a love album that covers all aspects of love; Eros, Agape and platonic love among others.