Introducing MOMOLAND and VICTON! These are two of the latest South Korean idol groups that debuted this year. VICTON is the first boy group under the same label as A-Pink, Plan A Entertainment. Fans already have fallen in love with their debut song,‘Voice to the World’. So let’s meet these talented groups and welcome them to Officially KMUSIC. 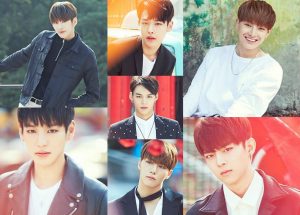 VICTON debuted on November 9th with their mini Album, ‘Voice to the World’. The group consists of seven members:  Han Seung-woo, Kang Seung-sik, Heo Chan, Im Se-jun, Do Han-se, Choi Byung-chan and Jung Su-bin. As mentioned before, they are under the same label Plan A entertainment who seniors idols include popular girl Group A-pink. 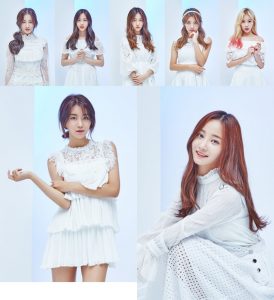 MOMOLAND debuted on November 10th with their mini album, ‘Welcome to MOMOLAND’ under Double Kick Entertainment. The title number of the album is ‘Jjan! Koong! Kwang!’. The girl Group consist of seven members: Ah-in, Yeon-woo, Na-yun, Nancy, Joo-E, Jane, and Hye-bin. The girl group first made an appearance on a reality show called, ‘Finding Momoland,’ which is a survival reality show that aired last July through September. They had to garner 3,000 audience for their debut concert but unfortunately failed. But this didn’t stop them, the girls managed to debut with 34% of their goal at their debut concert.

We here at Officially KMUSIC want to welcome these two groups and are excited to cover many of their success!