Is EXO Finally Going to Make a Comeback?

Is EXO Finally Going to Make a Comeback?

According to Kompany 93‘s Facebook, the rookie group EXO has made it onto M! Countdown‘s list for May-June comebacks.

It has also been reported that on May 11th, during the “Dream Concert” in Seoul, that EXO will unveil their new song live, as a full group.

According to member Baekhyun‘s message on EXO’s official website, “Oh yeah, EXO’s album is really nearing completion, nothing much left! Just wait for a little~~while more. We will return with a more handsome image!” 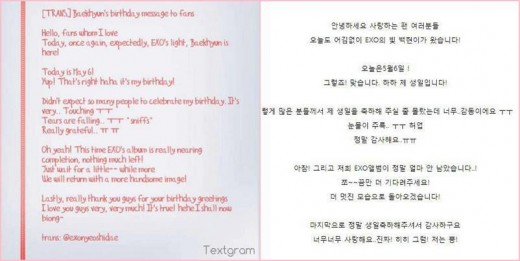 Are you exited for their comeback?

Scroll for more
Tap
Will and Jaden Smith to Collaborate with YG Family Under One Condition
UV Tries Their Hand At Ballads
Scroll
Loading Comments...