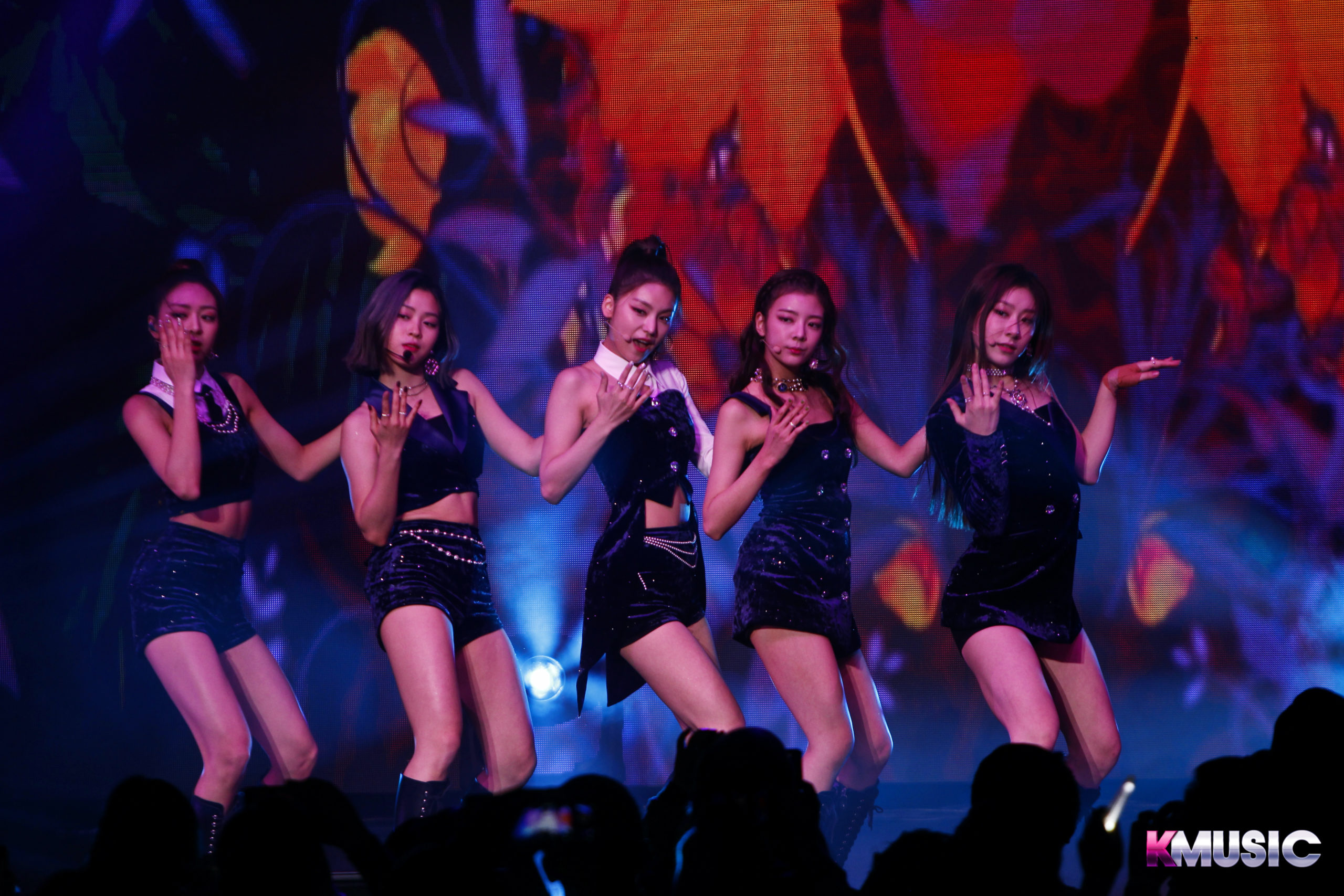 DC Midzy went all out to show support at the DC stop this past friday.

SubKulture Entertainment brought a new experience for DC kpop fans this past weekend, giving ITZY’s fans, “MIDZY,” the chance to see their favorite group for the first tour in the U.S! The show started off great with the girl group opening with fan favorite “ICY“, kicking off the showcase with a bang. Following ICY, the girls performed “IT’z SUMMER,” which really got their fans up on their feet.

The entire venue was full of MIDZY singing along, having a blast, and, to the surprise of ITZY themselves, doing the group’s fan chants. DC MIDZY were told that they were the first stop to do the fan chants, and the girls also expressed their amazement that, not only were they the first stop, but almost the entire theater did near perfect fan chants in unison for each song. It was an amazing thing to hear for their fans, and ITZY was truly blown away by the love and support.

The first ment had members introducing themselves and answering questions from fans that sent in videos. Questions ranged from “what’s your favorite animal,” to “if you could collaborate with another group, who would it be?” The members had a blast answering these questions by acting out their favorite animals and dancing and singing along to the groups they named. Lia and Yuna both performed a short and adorable cover of Twice’s “Dance The Night Away” and “LIKEY,”while Ryujin gave a hot performance of Sunmi’s “Gashina.”

While the show did have the rest of ITZY’s discography, they also threw in a few surprises with covers of Twice’s “TT” and GOT7’s “Hard Carry.” While Twice was somewhat expected since the two groups are sister groups under the same company, Hard Carry came as a surprise to many. Ryujin mentioned that the members wanted to show a different side to the group with the special stage, proving to fans that they could be diverse in music style and performance.

Yeji, Lia, Ryujin, Chaeryeong, and Yuna played a couple more games afterwards, which gave them a chance to interact (and even cheat) with fans. One game had members racing to name that tune as three songs played simultaneously, which, as you can imagine, was quite difficult. Yeji and Chaeryoung took this as an opportunity to race to fans for the answers, eventually leading to all the girls laughing and interacting with fans throughout the entire game. It was an extremely fun and intimate feeling. Another game played was called “ITZY LIVE!”  This game involved a lot of interactions, with a member running around trying to tickle Ryujin, and even having MIDZY take part by cheering when prompted. It also involved a lot of stickers and cute animal headbands as an added bonus.

ITZY ended the night with performances of “Cherry,” “Want It?,” and debut song “DALLA DALLA.” Overall, the show was filled with fun moments and amazing stages, leaving MIDZY anticipating the next time they may stop by in DC. Thank you to SubKulture Entertainment for allowing Kmusic to attend, and make sure to head over to our Facebook page to view more photos from the show!

Scroll for more
Tap
Brace yourself: BTS are returning to Europe this summer!
Australia announced as part of (G)I-DLE’s first world tour ‘I-LAND: WHO AM I’
Scroll
Loading Comments...