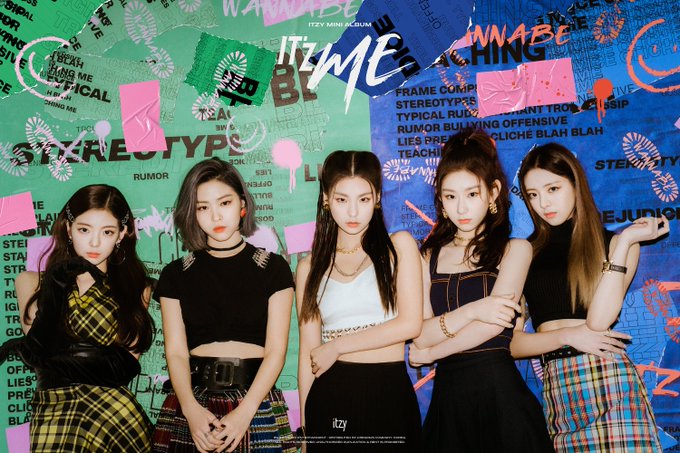 From February 24th through to the 28th, ITZY dropped individual member photo cuts teasing their 2nd mini album comeback. This will be along with title track, ‘Wannabe’. Check it out below!

Each member is wearing two outfits which are the same those found in the group concept photos they released earlier. There is a black and white ensemble that has a street styling look to it. It is seen in two sets, behind another black and white striped set, as well as a plain set with an orange coloured cut out. The orange one really makes the outfit stand out against a bright colour and puts focus on the member’s chic visuals.

The other outfit the members wear is more colourful with accents of white, yellow and pink in the members’ clothes. This is all behind a multi-coloured graffiti like set, making the overall image pop more.

Pre-orders for the girl group’s 2nd mini album have already started and the release date is set for March 9th, 6PM KST!

This will be the group’s first comeback since their 1st mini album, ‘IT’Z ICY’ released back in July 2019 with the commercially successful title track, ‘ICY’. How do you feel about ITZY‘s comeback? Let us know in the comments below!