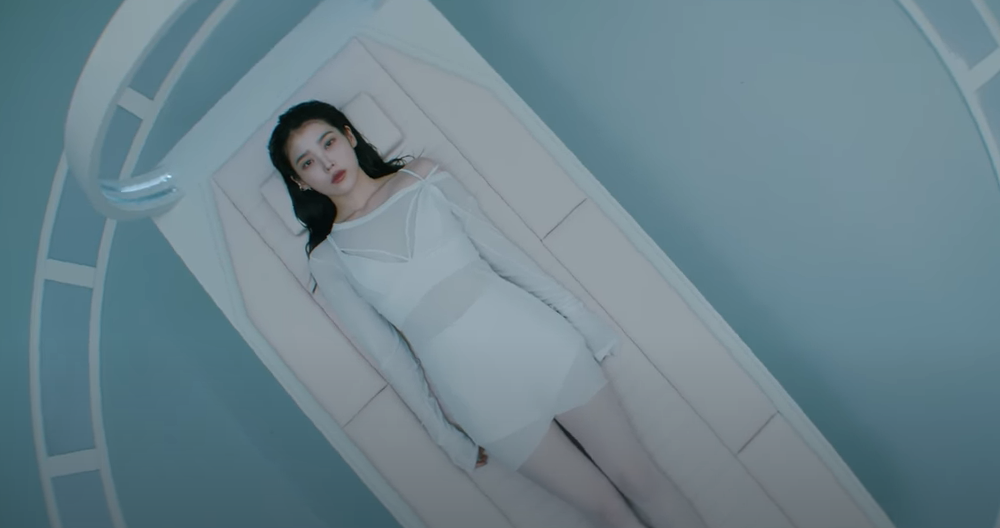 ‘eight‘ is a collaboration with BTS member Suga and will be released on the 6th of May.

The music video starts off with a robotic sound being heard before IU appears in all white. She makes her way towards the centre of the white room and lays down on the bed. The whole scene resembles a sci-fi movie scene creating a somewhat eerie vibe!

As IU lies down, the orange screen lights up, flashing the words ‘Would you like to save all your memories?’ hinting that the plot line for the music video may focus on memories. The teaser does not show IU‘s choice, but she closes her eyes and it seems as though the machines around her start to turn on.

A calming but somewhat melancholic sound can be heard throughout the teaser and it is only in the last few seconds that we hear IU‘s voice.

The teaser is quite cryptic and is garnering more interest from fans!

What are your thoughts on ‘eight‘? Tell us in the comments below!