IZ*ONE has revealed the cover image for their upcoming debut title track ‘La Vie en Rose‘. They will be making their debut on October 29th with their first mini album ‘COLOR*IZ‘. A concept trailer, official photos, concept photos, MV teasers and a highlight medley have been released already. Additionally, they will also be having their first fan-con close to their debut date. This Korean-Japanese girl group was formed through survival show ‘Produce 48‘. Fans have been awaiting their debut since the conclusion of this show. 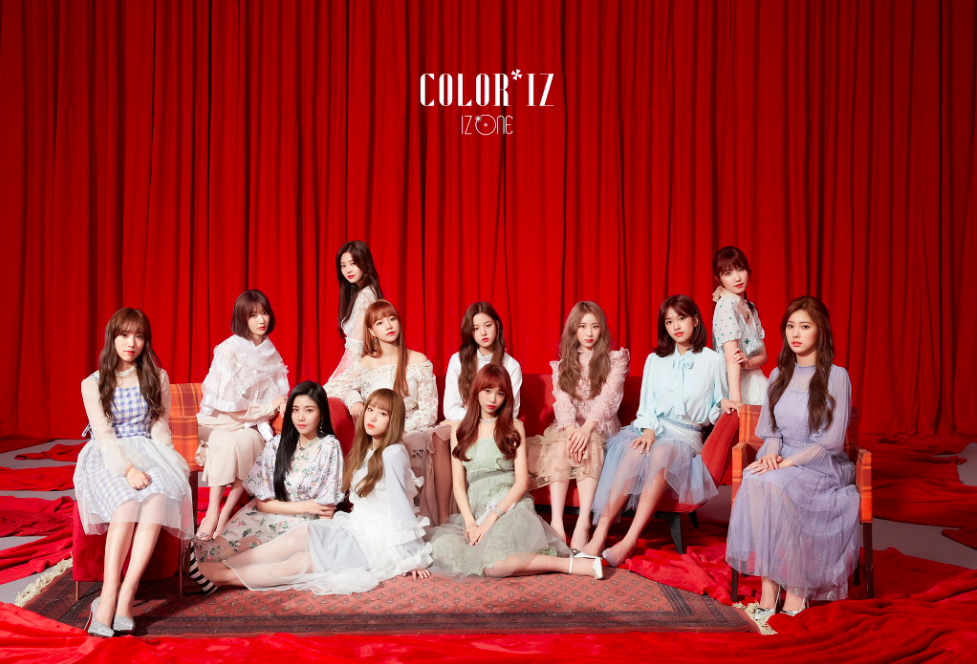 The members look like princesses as they pose against a red curtain. They are wearing gowns and long dresses that make them look elegant and stylish. This supports their concept which is elegant and serene. It also matches the title of the song, which sounds fancy as it is in French.

What do you think of IZ*ONE’s cover image? Let us know in the comments below.