Jang Geun Suk became a mentor on the program Produce 101 in last year, this year he volunteered as MC and on the February 12th installment of ‘Produce 101,’ he was the one who lightened the tense atmosphere.

Watch these pictures of Kahi’s intense looks and what a cute expression Geun Suk has as he watches her. 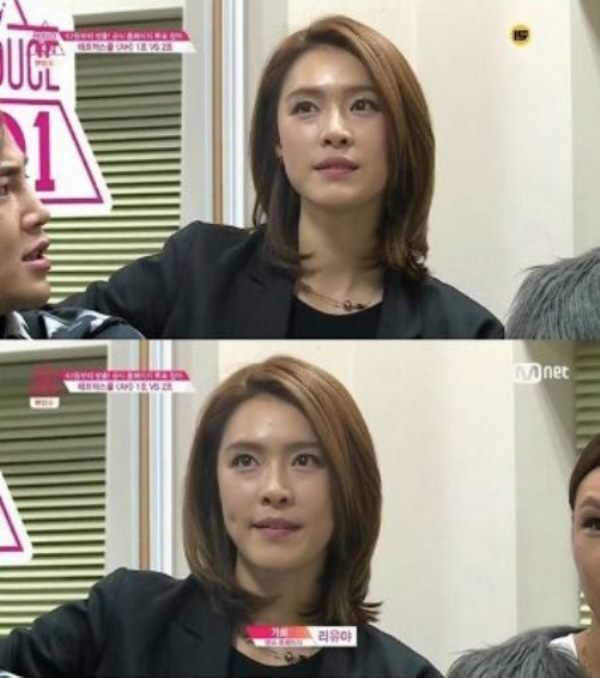 On the February 12th installment of ‘Produce 101,’ Kahi came to take a look at the trainees who were rehearsing for a mid-session judgment  and after observation she relayed her problem.
She harshly commented, “How can the main vocalist be like this?  The most important position on stage is the main vocalist.”

After one performance ended, Kahi was unable to take her intense gaze off the screen. She silently kept staring, her eyes burning into the screen, so that Jang Geun Suk, who was watching her, ended up saying, “You’re scary,” and ran away,breaking the tensed atmosphere with his adorable humor.

I think that it is good to have Geun Suk on ‘Produce 101,’ not only for his knowledge but also for situations as the one described above so that there won’t be a constant stressful and tense atmosphere.

Did you find Geun Suk smart and cute here too? Do tell us your thoughts!

KMusic brings you all the latest news of K-Pop, so stay tuned with us!

Scroll for more
Tap
B.A.P’s Teaser For Feels So Good Is Out!
EXO-L At It Again!
Scroll
Loading Comments...