During his promotional trip in Korea, Jason Mraz made a guest appearance on ‘SNL Korea,’ bringing laughter with his Korean-style humor.

On the show’s May 18th broadcast, Jason Mraz made his first appearance in which he performed hilarious covers of his songs and showed off his knowledge of Korean food. Comedian Ahn Young Min tried to get friendly with the singer-songwriter during one of the skits, asking Jason,“Do you want to eat ramen?” Jason Mraz wittily answered her with, “I like tteok [rice cake] ramen”, hilariously revealing his love for the Korean staple snack. 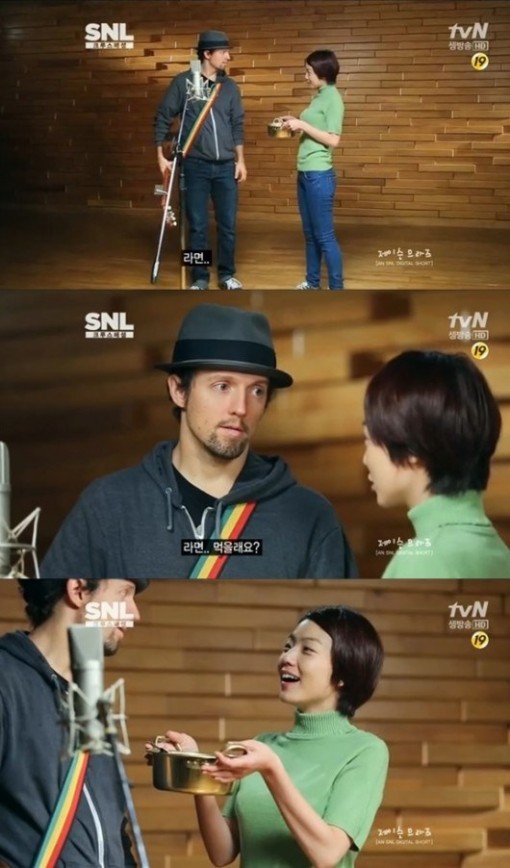 Viewers commented on the singer by saying, “I love Jason Mraz’s voice”, “I want to eat tteok ramen with Jason Mraz”, and “I’m jealous of Ahn Young Mi.”