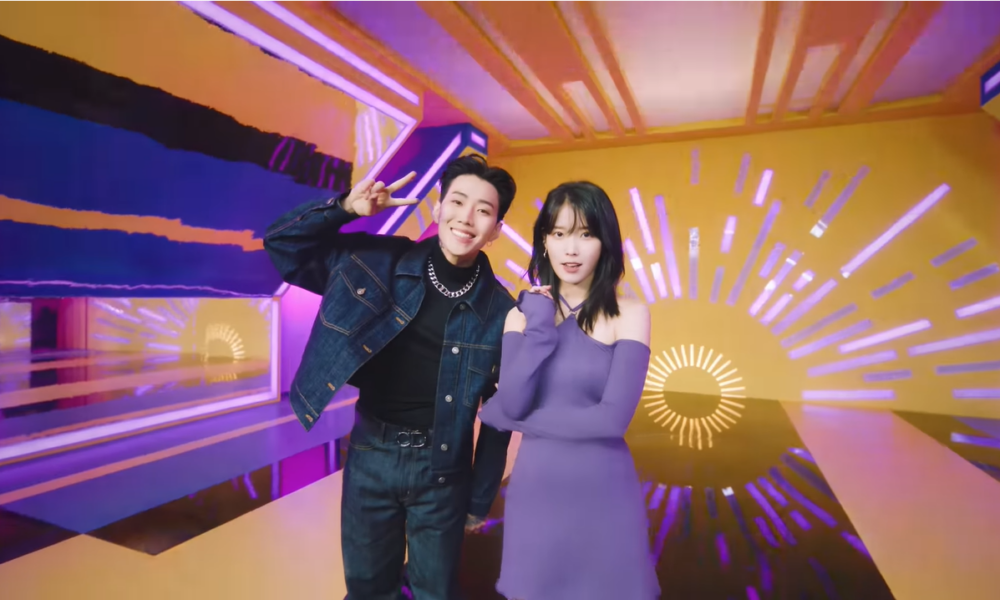 On March 11th, singer and rapper JAY PARK released the music video to his collaboration track ‘GANADARA’ with famed songstress IU. There’s been plenty of anticipation surrounding what this duet could offer with the two established artists with their respective styles. Furthermore, this is the first release from JAY PARK since stepping down as CEO from self-made entertainment companies, AOMG and H1GHER MUSIC. He later announced he created a new label, More Vision, which this track is released under.

The music video has garnered hilarious reactions from its premise. The 5 minute video gives us a behind the scenes look as the rapper discusses with his staff on how to cast IU into the MV. Figuring she has a packed schedule, the rapper decides to directly call her, claiming the two are close. However after speaking formally over the phone in what sounds like an awkward interaction, she doesn’t show up on the filming day of the MV. Trying to salvage the situation, the staff try various methods to put her into the music video. From creating laughable digital 3D models of her to using carboard boxes, the attempts shamelessly fail. But just when all is lost, IU shows up to the set and the filming concludes successfully.

Opening the track, the singer’s raspy tone becomes softened with the relaxed beat, and when IU‘s verse comes in, her heavenly vocals make us feel like floating on a cloud. Audio contrast from the harmonisation of both voices is beautiful throughout the outro.

How do you feel about the collaboration? Let us know in the comments below!