JBJ‘s debut is just around the corner. The boys have been dropping many beautiful image teasers that has left fans mesmerised. Now, the boys have revealed some exciting news! They have announced their official fandom colors! Check them out below! 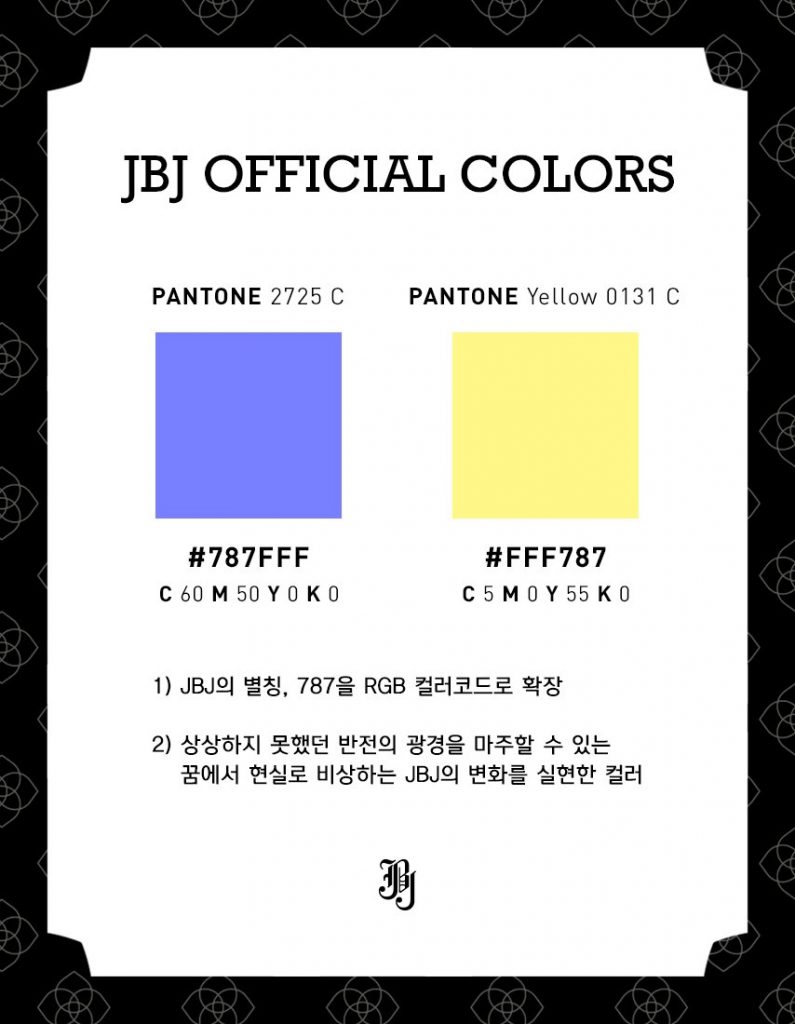 The boys have claimed two official fandom colours: Pantone 2725 C and Pantone Yellow 0131 C. These two colours are quite beautiful and bright in colour. The colours definitely show their current journey in life. It shows their bright future with beautiful skies ahead of them. Also, what makes these two colours so special to JBJ is the hex numbers: #787FFF and #FFF787. As many can see the 787 looks similar to JBJ. That is the reason why these two colours have been chosen! How clever is that?

On top of that, they have dropped some information about the first mini album, ‘Fantasy‘. There will be two versions: a black and white version, and a white and gold version. The disks will contains one of the member’s image. The album will also come with a photobook, a lenticular photocard, a mini standing doll and a special photocard if it is preordered! So, be sure to check it now!

JBJ will make their hot debut on October 18th! Are you ready? Let us know in the comments below!

Scroll for more
Tap
Find out who made it into the top 9 of ‘Idol School’!
Another K-drama favourite to enlist!
Scroll
Loading Comments...