JBJ reveals their tracklist for ‘Fantasy’

JBJ reveals their tracklist for ‘Fantasy’

JBJ‘s hot debut is approaching real quick. The boys have revealed many beautiful image teasers. Now, they have revealed the tracklist for their first mini album, ‘Fantasy‘. So, check it out below! 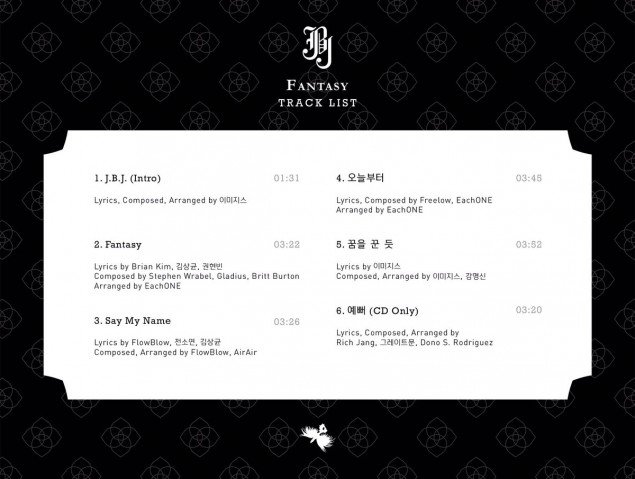 This album will consists of six tracks including their title track, ‘Fantasy‘, intro track, ‘J.B.J‘, ‘Say My Name‘, ‘From Today‘, ‘Like Dreaming‘ and the CD-only track, ‘Pretty‘.

This tracklist also revealed that many of the members had participated in lyric writing. This includes member Kim Sang Kyun and Kwon Hyun Bin‘s lyric participation in the title track, ‘Fantasy‘. Also, Kim Sang Kyun also had helped write the lyrics for ‘Say My Name‘.

Meanwhile, JBJ will make their debut with ‘Fantasy‘ on October 18th! Are you excited? Let us know in the comments below!