JBJ95 will be having a comeback soon! They recently announced that they will be releasing their second mini album titled ‘Awake‘.

The group consisting of Sanggyun and Kenta will have their comeback on March 26th.

Check out the schedule plan for it below! 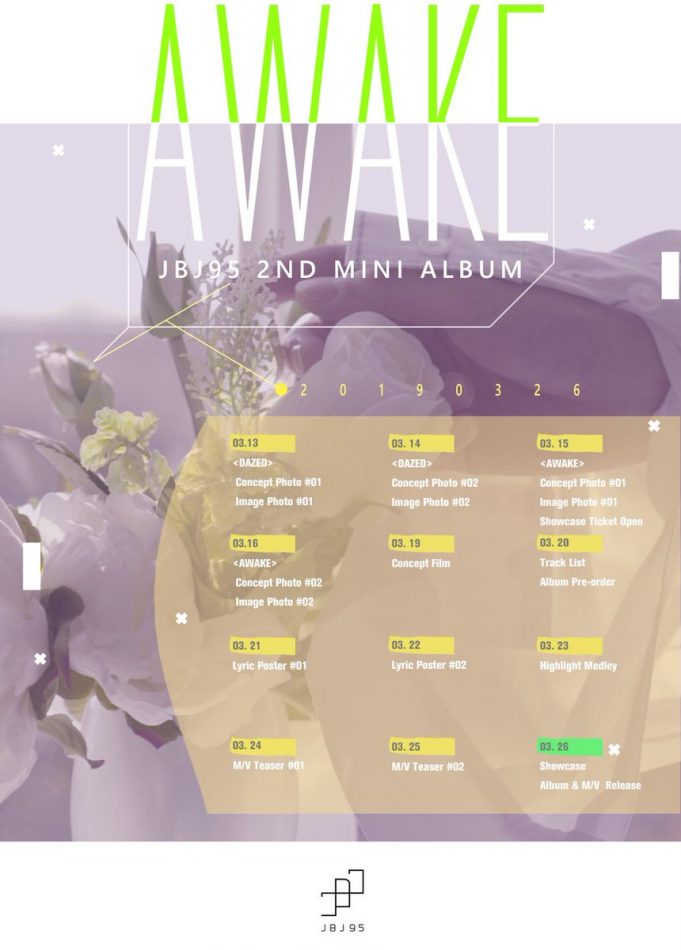 The schedule goes as listed:

The following two weeks will be packed with teasers!

With Kenta‘s appearance on ‘King of Masked Singer‘ fans are looking forward to JBJ95‘s upcoming comeback!

Are you excited for JBJ95‘s comeback? Tell us how you feel about it in the comments below!

Scroll for more
Tap
Jeong Sewoon reveals ‘Plus’ and ‘Minus’ teasers for ‘Plus Minus Zero’!
Dreamnote release the highlight medley to their 2nd single album ‘Dream:us’!
Scroll
Loading Comments...