Yes, that is right! Jeong Sewoon has revealed his official colours, as well as the fandom logo! So, check it out below! 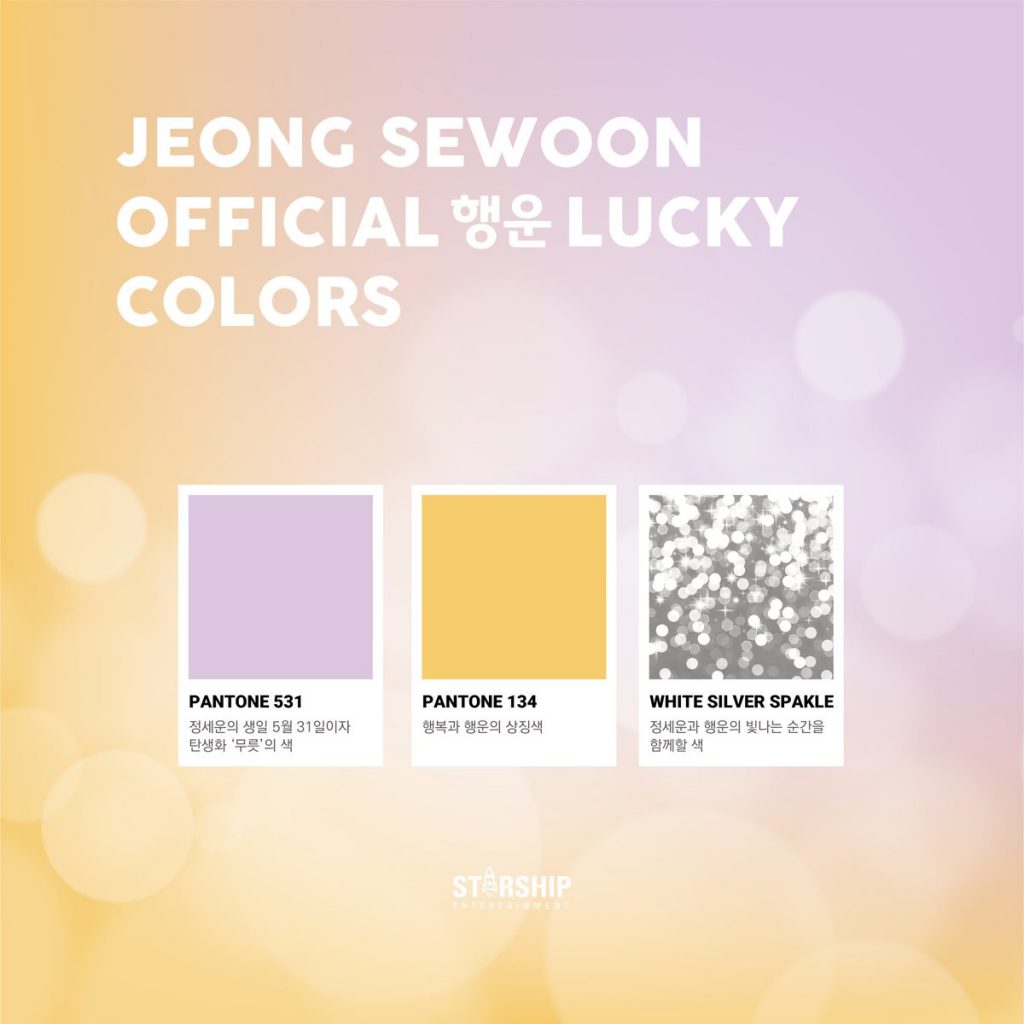 So, for his official colours. He has chosen a gradient of colours. In particular, there is a total of three colours: Light mulberryish gray (Pantone 531), Light amber (Pantone 134) and White silver sparkle. It is revealed that that Pantone 531 was chosen because it is his birthday date (May 31st) and his also his birth flower. Meanwhile, Pantone 134 presents luck and happiness, which correlates well with his fandom name. Finally, White silver sparkly represents the shining moments he shares with his fans. 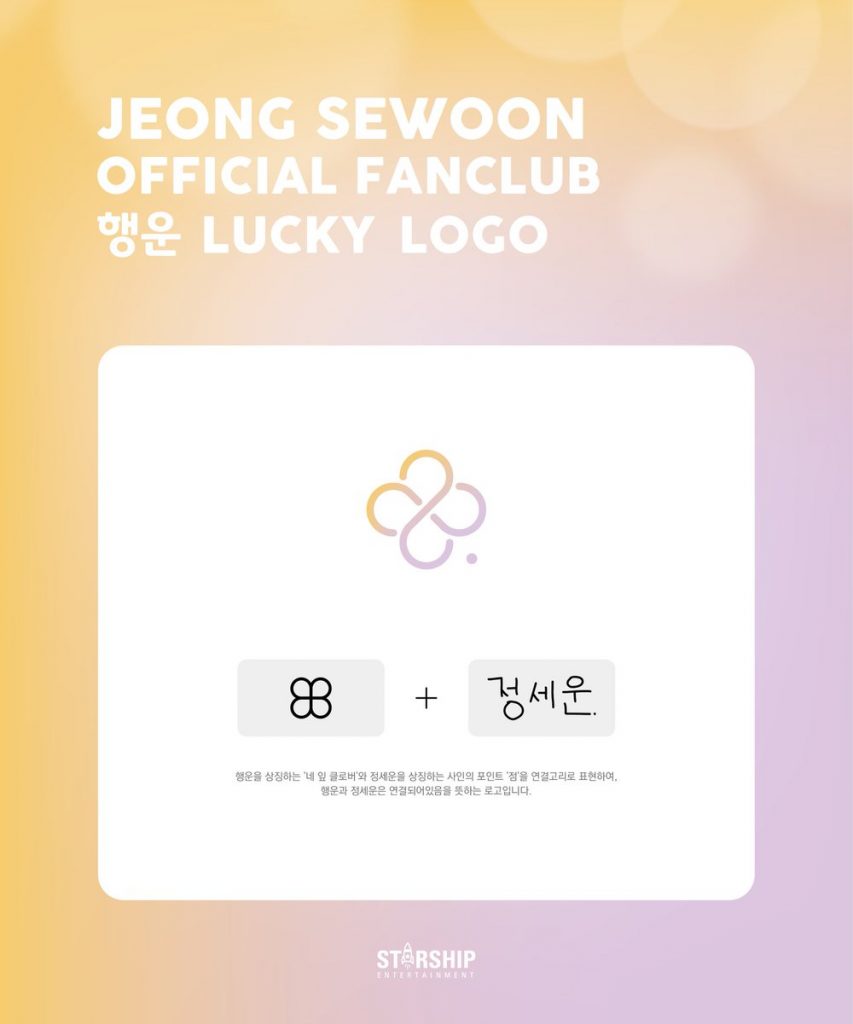 Meanwhile, to correlate nicely with his fandom name, Lucky, he has used the leaf clover as the basis of the design. He had also included a dot near the symbol which comes from his signature. With those two together, it represents the idea that there is connection between Jeong Sewoon and his fans.

Meanwhile, what did you think of his choices? Are you happy Lucky? Let us know in the comments below!