The designer recently updated his Twitter with a few messages about 2NE1. He wrote, “So much fun to hang out with my favourite girl group in the world.”

2NE1 is currently holding their first World Tour. The tour started in Seoul, and will stop in cities among seven countries located in Asia, the Americas and Europe. 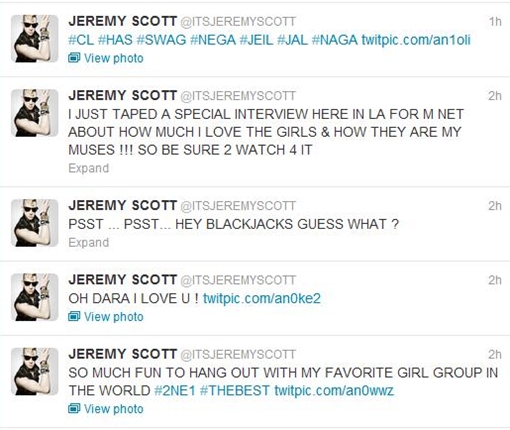