Coming off of a successful wrap up of ‘K2,’ on November 12th, Ji Chang Wook sat down for an interview and talked about his future plans of enlistment.

The 29-year-old is due to enlist before his 30th birthday in July. He said, “I am expecting a summons sometime in February or March next year.” As with most men in Korea he continued with ,“The actual date of enlistment is something I won’t know until it happens. I think that delaying the summons would be difficult.” The actor also added a joke about ‘K2’ saying, “I will have to ask the mirror when my enlistment will be.” 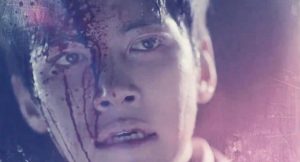 While the news saddens many of his fans, Chang Wook concluded saying “I think I will do at least one more project before I enlist.”  Though Chang Wook will be missed in his 21 month service, fans will be sure to have plenty of projects to look forward to when he comes back!

What are your thoughts on the actor’s impending enlistment? Let us know in the comments below!

Scroll for more
Tap
SHINee’s Back With New Music Video, ‘Tell me What to Do!’
Korean Indie Group, Standing Egg, Makes Comeback With Music Video For ‘Voice’
Scroll
Loading Comments...