Jin Longguo gets fans excited for his return with a comeback schedule!

Jin Longguo gets fans excited for his return with a comeback schedule!

Jin Longguo gets fans ready for his return with a 1st mini album. So, he has released the comeback schedule. Be sure to check it out below! 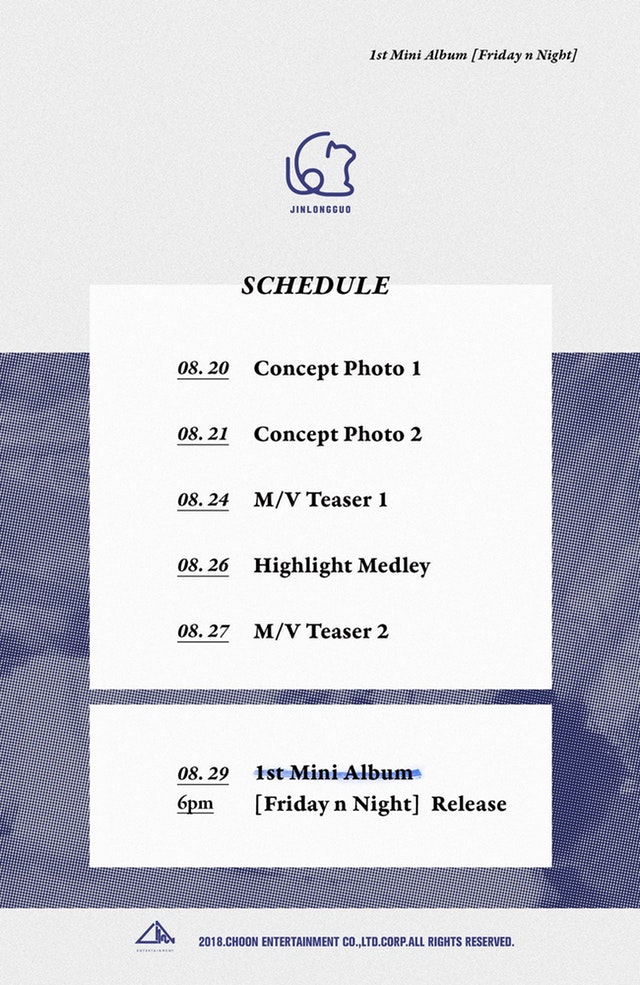 He has a few things planned for the fans. He will be releasing two concept photos on August 20th and 21st. Following on is two MV teasers, set for August 24th and 27th. Finally, he will drop the highlight medley on August 26th.

He will make his hot return with ‘Friday n Night‘ on August 29th. Are you excited? Let us know in the comments below!

Scroll for more
Tap
LOONA members twirl around together for their ‘+ +’ debut teasers!
Woo Won Jae gets ready to ‘Bless’ his fans with new music by releasing subtle image teasers!
Scroll
Loading Comments...