He debuted with “I’m Your Man” and has been only releasing singles, digital singles, and mini-albums. Now, it seems like he is finally able to release his first full length album.

His label, Music Farm, tweeted, “John Park resting for a little while filming the MV for his first full album a few days ago..” 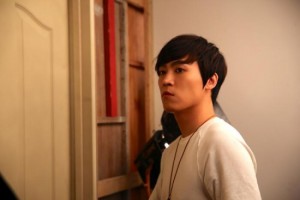 The label also tweeted a small teaser image for the MV, writing, “One cut from John Park’s MV“.

Anyone excited for John Park’s release?