It’s sad to report that SHINee’s Jonghyun has made the decision to step down from his radio show ‘Blue Night‘. Jonghyun hosted the MBC FM4U’s ‘Blue Night’ radio show for three years, bringing his fans to a more personal place than ever before. The signer announced his departure on March 9th, which was followed up by an MBC radio release as to why he stepped down.

“This conclusion was reached after a thorough discussion between Jonghyun and the production crew. Though it’s unfortunate, Jonghyun has decided to step down due to SHINee’s busy schedule.”

The singer has currently been on tour with his group, as they have recently been touring Japan. They have also added new dates, taking the tour to North America. While the show lasted three years, hitting the air on February 3, 2014, Jonghyun still managed to maintain a busy group and solo schedule while continuing to host. His production crew even spoke highly of him, praising him for his passion that kept the team going. 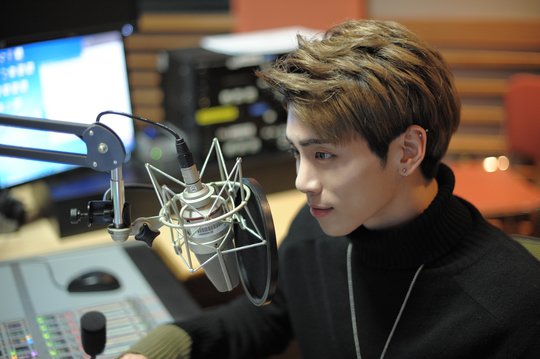 “When I first started hosting this show, I wanted to create a space where people, including myself, could set their hearts at rest, no matter where they were. Three years later, this space has grown into a whole world in itself. It taught me about so many things I’ve never experienced, and I’ve also revealed a lot to my listeners. This space allowed us to come together in one place regardless of where we were physically. Some people joined us from the other side of the world and at a different time, but we were were still in the same space. Physical space had nothing to do with us, and I hope it continues to be that way.

Do you know the feeling when you find something you love so much that you’re not sure what you should do to take good care of it? ‘Blue Night’ has turned into something like that for me, and now I don’t now what to do. I guess every beginning has an end. I have something to tell everyone today. For various reasons, I will be taking some time away from the physical space of ‘Blue Night.’ I thought my listeners should be the first ones to know. I will continue to be in the same spiritual space we created.

I apologize. I said I would stay for a long time, but [I had to do this] because of my schedule and health. I’m sure there will be a time when we can share our stories with each other again. As I’ve always said, I have a certain mindset that I set for myself as a radio DJ. While I’m away, I will continue thinking about those things and polish myself before I come back. I will definitely come back.”

His last show is scheduled for April 2nd. Thank you Jonghyun for three wonderful years as an amazing DJ. We at Officially KMUSIC wish you the best, and hope to see you return when you’re ready.

What do you think about Jonghyun leaving ‘Blue Night‘? Let us know in the comments below!