Jonghyun Sleeps Oddly Like a Princess with Key as Prince

Jonghyun Sleeps Oddly Like a Princess with Key as Prince

Since the SHINee members are always busy with promotions, it’s very understandable that they try to get as much sleep whenever possible. It looks like Jonghyun found a comfortable place to sleep in a strange position – stuffed under the counter in their waiting room. 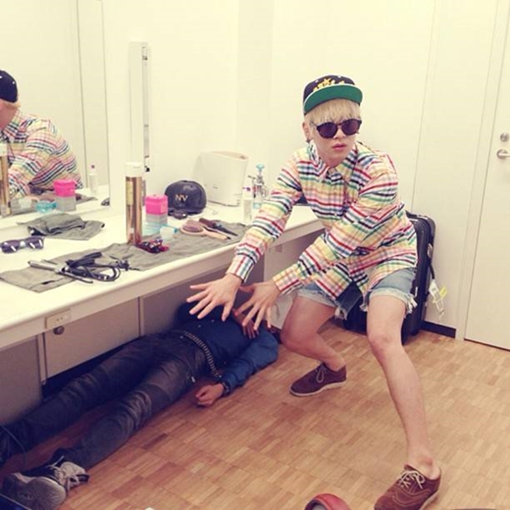 Jonghyun who is peacefully sleeping under the counter like a princess with Key as his body-gaurd prince. Key posed in front if Jonhyun’s sleeping form and then uploaded the photos onto his Instagram and wrote, “No one can wake him up”