Junggigo will be making his comeback for April with his first full album! He has revealed many hints and image teasers for this upcoming comeback! So, check it out below!

In this image, it reveals all the details one needs to know about this album. It revealed that Junggigo will be releasing his first full-length album. This album will be titled, ‘Across The Universe‘. In this image features two people staring up at the beautiful galaxy. It is the perfect image for this album title! 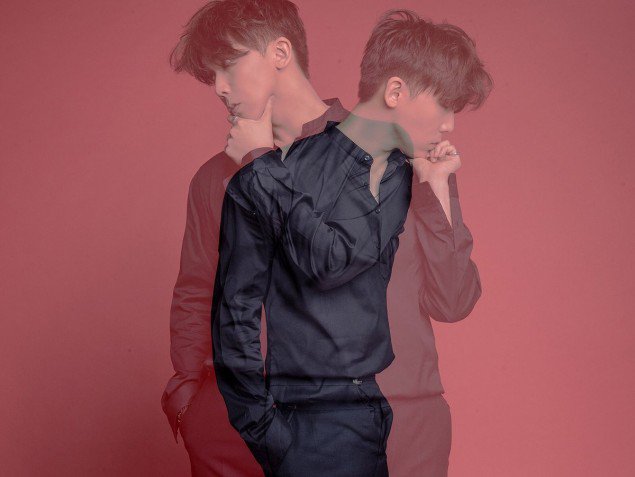 In the first set of image teasers, Junggigo is looking fancy and sleek in a black outfit. The red background definitely allows Junggigo to stand out more, bringing out his beautiful features. Junggigo is looking serious and handsome in this outfit where the black outfit is just the right fit. It definitely brings out the beautiful figure of Junggigo! It is exciting to see what’s to come!

Junggigo will be making his come with ‘Across The Universe’ on April 20th. Meanwhile, be sure to admire the beautiful image teasers Junggigo have revealed! Are you excited for his return? Let us know in the comments below!