As previously revealed, JUNOFLO will make his return with ‘Only Human‘. He had also previously released his tracklist. However, it had blurred out the featuring artists. Now, he has released who will be featured on this album. So, check it out below! 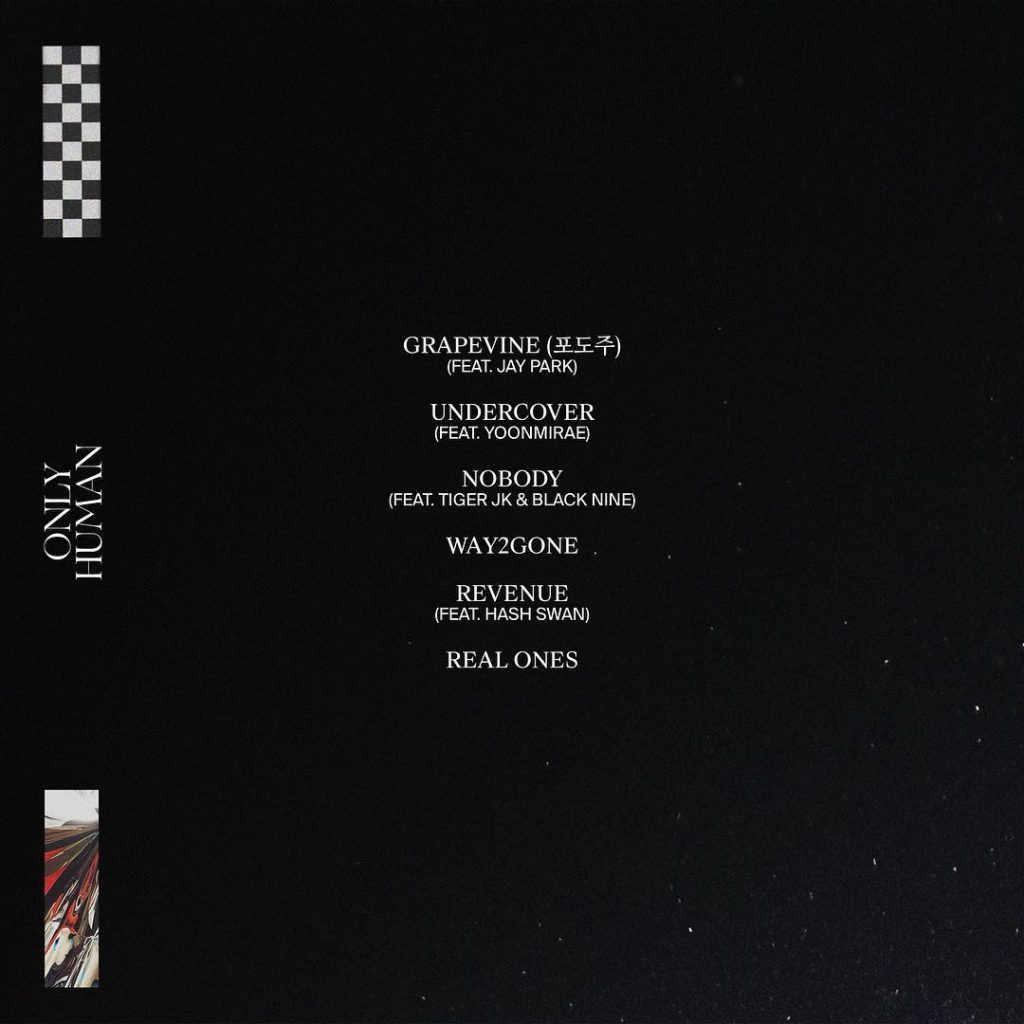 JUNOFLO has a huge list of featuring artists that will surely make his sounds even better. So, there is a total of six tracks where two tracks do not have featured artists. This consists of ‘Grapevine‘ featuring Jay Park, ‘Undercover‘ featuring Yoon Mirae, ‘Nobody‘ featuring Tiger JK and Black Nine, ‘Way2Gone‘, ‘Revenue‘ featuring Hash Swan and ‘Real Ones‘.

Meanwhile, JUNOFLO will make his hot return on March 13th. Which track are you looking forward to? Let us know in the comments below!