JYJ And TVXQ: The Good, The Bad, And The Fandom

JYJ And TVXQ: The Good, The Bad, And The Fandom

The 26th of December marked the 11 year anniversary of TVXQ, but it is also the debut date for the members of what is now JYJ. 11 years is most definitely a respectable amount of time for any group to be together, especially in K-Pop, where the turnover rate is high. To better understand the significance of this, I think you have to understand the history of these groups.

TVXQ is the initialism for Tong Vfang Xien Qi, the group’s name in Chinese. In Korean, their name is DBSK, or Dong Bang Shin Ki which roughly translates into “Rising Gods of the East,” and in Japan they’re known as Tohoshinki. These names are sometimes used interchangeably, depending on where you get your information from. 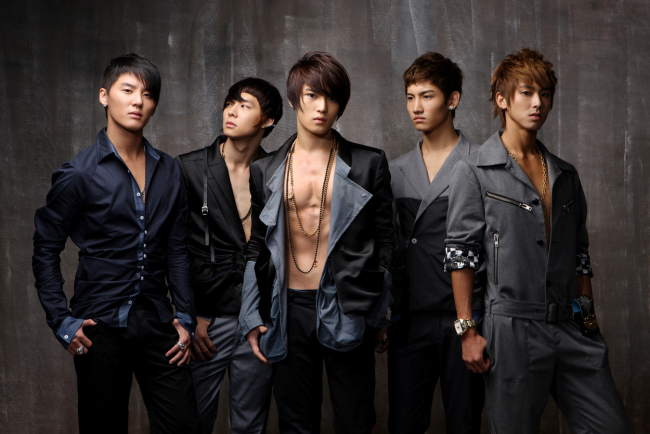 While it is common enough for groups to split up or just disappear from public view, few do so in such a public fashion as TVXQ. Three of the group’s members, Jaejoong, Yoochun, and Junsu, publicly challenged the group’s management company, SM Entertainment. This resulted in not only the three’s departure and a new line up for TVXQ, but also in the formation of a new group, and a division within the group’s fan base itself. 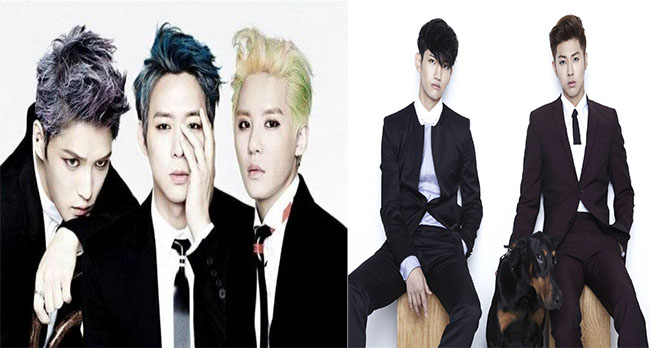 Most fans know all about details of the groups, but for those who don’t, I will do my best to recap it all and keep it as brief as possible.

In July 2009, members Kim Jaejoong, Park Yoochun, Kim Junsu, filed a lawsuit against SM Entertainment, their management company. Claiming that their 13 year contracts were excessively long, the group’s profits were being distributed unfairly, and that their schedules were made up without the permission of the members.

In November, Yunho and Changmin released a joint statement in support of SM Entertainment, and also asking the other 3 members to reach a resolution and continue to be a part of the group. Due to the ongoing legal battle at that time, a show in Shenzhen, China was canceled a week in advance. The concert was in support of the groups “Mirotic” tour, and this act brought the tour to an early end.

At that time, even with all of this going on, the group as a whole (yep, all 5 of them) continued to promote under their Japanese management company, Avex. They even continued to release music up until early 2010.

December 31, 2009 was the group’s last public appearance as a five member group at the “60th Kōhaku Uta Gassen” at the NHK Hall in Tokyo, Japan.

This entire time, the group was still releasing singles and album in Japan. They broke all kinds of records during that time also.

On April 3, 2010 Avex announced the suspension of all the group’s Japanese activities, as they claimed that the members would be perusing solo activates. However, a week later it was announced that a special sub-unit was formed with members Jaejoong, Yoochun, Junsu (they would later be known as JYJ) placing Yunho and Changmin on “indefinite hiatus.”

At the time, TVXQ had the world’s largest fan club, “Cassiopeia.” The fandom split up, falling into one of three categories. The first denounced JYJ, refused to support them in any way. The second supported JYJ, and continued to denounce TVXQ and SM Entertainment. The third supported both groups, but hoped for the day that they will see all five members onstage together. To this day, these categories are still intact, but the majority seems to keep the faith that one day they’ll be reunited.

Both groups, TVXQ and JYJ, continue to release excellent music and music videos.

They also continue to receive support from their fans around the world, with #AlwaysKeepTheFaith and recently #11yearsWithTVXQ trending worldwide. Even former TVXQ member and current JYJ member, Jaejoong, tweeted in recognition of the day. 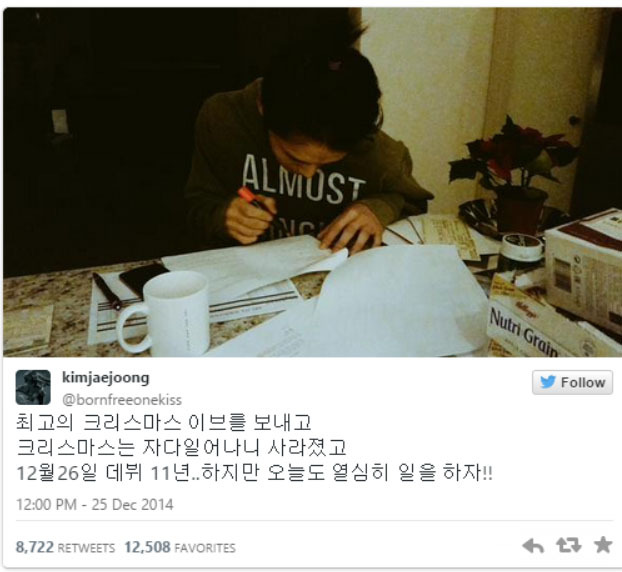 “Had an awesome Christmas eve and Christmas disappeared after waking up from sleeping. December 26, 11 years since debut.. Regardless, let’s work hard today!“

Boy group PURE Boy, being very vocal about as they call it, the “reunification” of the five-member TVXQ, recently released a Christmas single and on December 22nd, took to the streets of Myeondong to show their support. 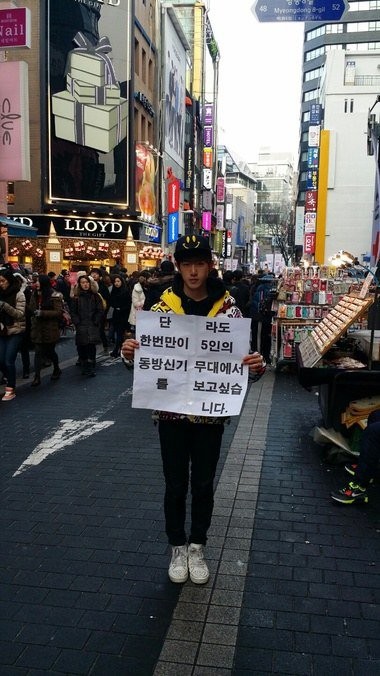 “Even if it’s just once, we want to see the 5-member TVXQ on stage.“

The exclusions and control tactics of SM Entertainent against JYJ continues to this day. It goes like this: JYJ receives an offer to appear on TV, something happens and the offer is pulled, and the fans get mad. It is a continuous cycle of bullying really. It was not until recently that JYJ was even on live TV, when they preformed during the opening ceremony of the 2014 Incheon Asian Games, for which they were named the honorary Ambassadors. But, this appearance almost did not happen. When the rumors began that JYJ might not be allowed to perform, fans from around the world took to the internet and rallied behind the guys.

It is so at the end of the day, after all the lawsuits, fighting, and tears the love for TVXQ/JYJ continues. It is the hope of “Cassies,” JYJ, and K-Pop fans everywhere that one day we will get to see all five guys together on one stage, but for now, only time will tell. All we can do is wait and hope.

What do you think? Leave your thoughts and comments below. Stay with Officially KMusic for all the latest in Korean music and news.