JYJ‘s 2nd studio album, “Just Us,” is making quite an impression on the Billboard World Album Chart!

On August 7th, the album flew up the charts to number 4, as one of the top selling albums for the upcoming week of August 16th. Their second studio album release has met with great success, and itis well-loved by critics and fans alike across the globe. “Just Us” has reached over 120,000 units sold currently, and that number is continuing to climb.

Have you listened to JYJ’s new album? What do you think, does it deserve the #4 spot? Share your thoughts below, and look forward to more updates. 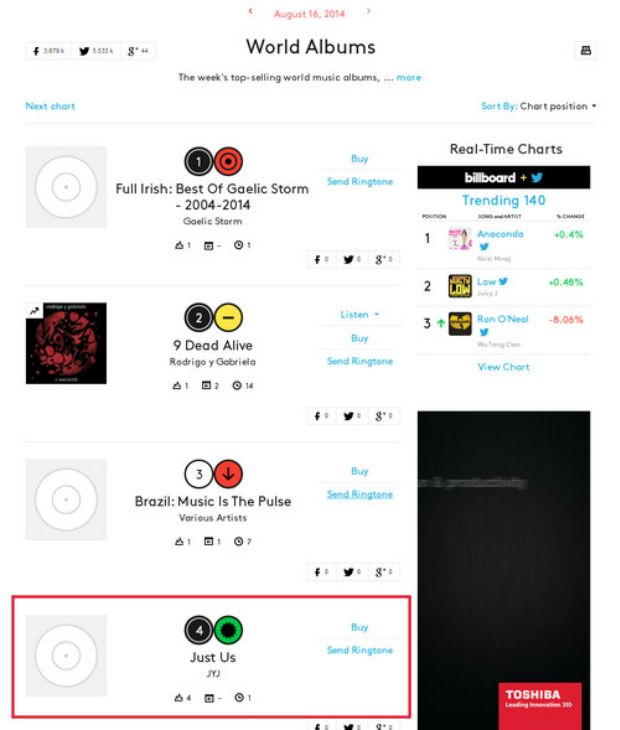