JYJ’s Jaejoong was recently selected as the first Korean star to be a part of the ‘Treasure Book’ series.

The ‘Treasure Book’ is a publication that includes rare photos and personal recollections of notable celebrities. The series has covered legendary names such as, Audrey Hepburn, Elvis Presley, The Beatles, Star Wars, Mickey Mouse, and Japanese baseball player Sadaharu Oh. It’s quite an honor to hear that Jaejoong will be be featured in such a prestigious publication series!

Jaejoong’s ‘Treasure Book’ will be themed ‘LOVE & REBIRTH,’ and will contain stories about his childhood and current life.

Officials of the publishing company stated, “We wanted to work with an artist who has a worldwide influence. Of course there are worldwide musicians in Japan as well, but we selected Jaejoong for his leadership in K-POP that left a big impact on the global market.” 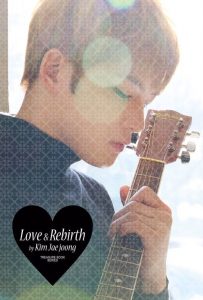 Congratulations Jaejoong! Be sure to pick up a copy of ‘LOVE & REBIRTH’ by Kim Jaejoong once it is released!

Follow Officially KMUSIC for all the latest news in Korean entertainment!