The video clip features all three members: Yoochun, Jaejoong, and Junsu writing on a wall, showing off their personalities. The magazine will have photos and interviews exclusivey for the publication as JYJ recalls their 1000 days in the industry. 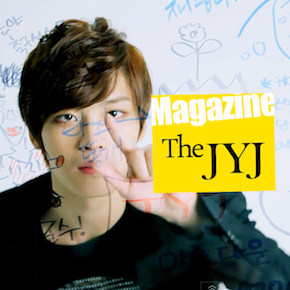 The publication, “JYJ’s Record of 1000 days” will be released through the C-Jes Store on January 20th.