JYP Drops The Snow Version Of “Born To Be Wild”

JYP Drops The Snow Version Of “Born To Be Wild”

Three days ago, SM Station released the music video to Triple T‘s “Born To Be Wild.”

This first ever SM Entertainment  x JYP Entertainment collaboration with Girls’ Generation‘s Hyoyeon teaming up with Miss A‘s Min and 2AM‘s Jo Kwon featuring Park Jin Young. The track definitely moves away from the usual style of SM songs, but it is still upbeat and enjoyable. 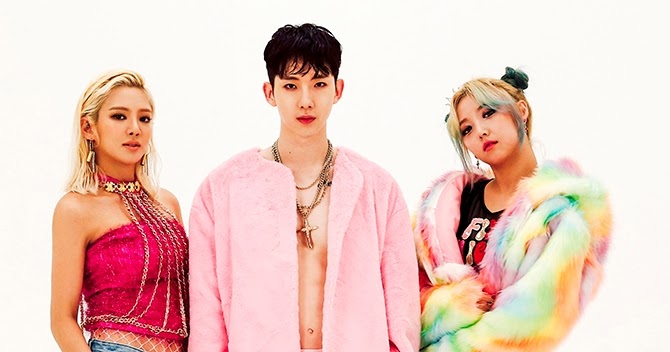 On August 29th, JYP released a snow version of the music video on the VLive app. Check it out here.

Performing together for the first time on M!Countdown, the trio impressed fans everywhere. The snow version of the music video has already received mixed reactions, the majority of which seem to think it surpassed the original video.

Watch the original version below:

While the original version sports various color filters and flashing sequences, the snow version features much cuter distortion, flowers, and bubble filters. This version is very much like a behind the scenes video with clips from the filming on set, dressing room shots and even bloopers – all of which feature filters of their own. The video also alternates between the artists filming themselves and it being done by staff behind the cameras.

Triple T is most likely a one time collaboration, but the song is definitely one you won’t easily be able to forget. If you missed it, you can watch a few of their music show appearances from the past week below:

What did you think about this collaboration and the two versions of the music videos? Let us know in the comments below.