K-EXCLUSIVE: 24K first time to the states starts with Dallas for ‘Still with 24U’ World Tour

K-EXCLUSIVE: 24K first time to the states starts with Dallas for ‘Still with 24U’ World Tour 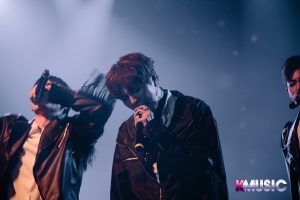 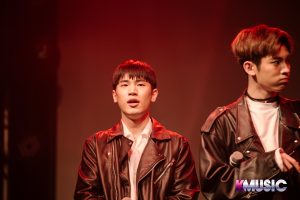 Dallas, Texas fans were in for an exclusive treat as 24K appeared for the first time ever in the United States. The event was brought on by Studio PAV M&C at the Granada Theater. Choeun Entertainment had postponed the tour from its original Dallas date of October 20th as they experienced a small visa hiccup due to lack of time spacing and Korean Thanksgiving, Chuseok. This made fans eager as ever to attend the show this February. The tour dates were officially rescheduled to February 19th-25th  with stops in Dallas, Chicago, Atlanta, Puerto Rico and New York. 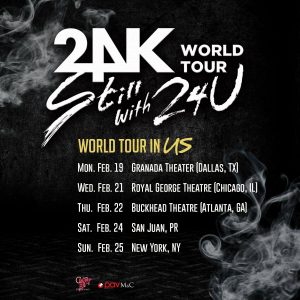 As the first stop in the ‘Still with 24U’ World Tour, current members Cory, Kisu, Jeonguk, Jinhong, Hong Seob and Chang Sun entertained VVIP attendees for a private meet & greet where they got to intimately talk to fans and receive personal gifts. All members looked genuinely happy as they exchanged conversations over the gifts with each other from their dedicated ‘24U’ fans. 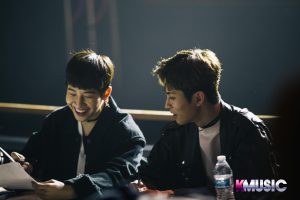 Members share joy in their handmade gifts from fans.

After the fan-signing, the members left to take group photos. This was by far one of the most hands-on meet & greets that I had witnessed at any K-Pop concert, as fans were given a good amount of time to connect with their biases even during the photos. When the photos finished, 24K headed backstage to prep for the show. 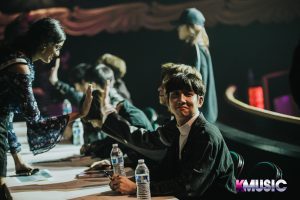 Around 7:45pm the lights dimmed and the crowd was filled with swaying light sticks and screaming fans. A compilation of fan meetings and music video highlights filled the screen for the pre-show video until the stage darkened once more and appeared under a deep red hue, the boys glistened for about 5 seconds before opening with song ‘Bingo’ and continuing on to member introductions. 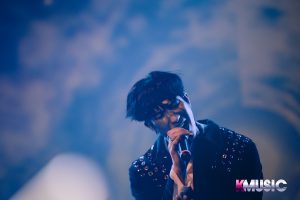 Cory sings his heart out to fans during ‘Still 24K’

The member introductions allowed for fans to have dedicated time to each bias. Hong Seob shared the excitement with the crowd for starting their first world tour in Dallas, Jeonguk assured the crowd that he would do all he could to make sure the party was ‘turnt’ (words of Cory) and Jin Hong collected energy from the crowd for the following members. Kisu wished everyone well before handing off the mic to member Chang Sun and Cory finished off the introductions as he promised fans a hyped up night of entertainment. The group continued on to perform their song ‘Still 24K’ and ‘Oasis’.

We want to thank Choeun Ent. and Studio PAV M&C for continuing on to bringing 24K to America and allowing us the opportunity to cover the event as well as an even bigger thank you to 24K for performing. 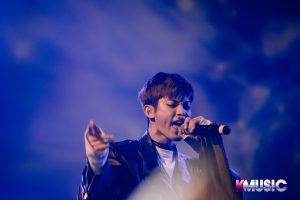 Stay tuned to Officially Kmusic for more coverage of your Korean music favorites as well as other stops from the ‘Still with 24U’ tour!

Check out their shout-out to Dallas fans below!