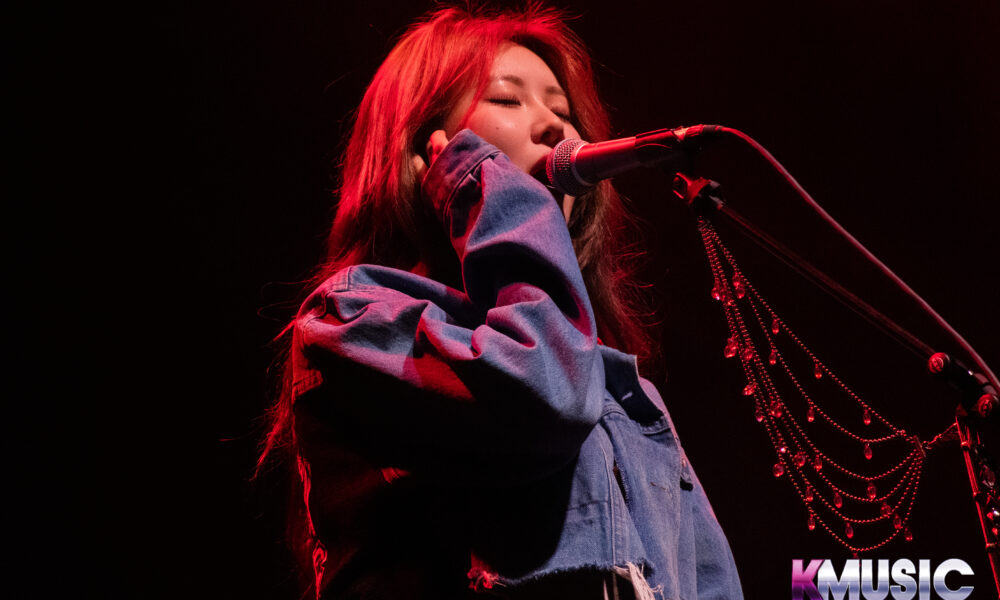 On the eighth stop of her first North American tour, Baek Yerin mesmerized fans in Chicago with her cotton candy vocals alongside her fellow bandmates of The Volunteers.

Opening with “Lovegame” and “Hate you,” Yerin instantly set the tone for the night with a smooth combination of soft vocals & acoustics. For a special tour-only acoustic version of “Can I B U,” she got up-close and personal with the front row. The calmness in the air during each song was unmistakably beautiful, as the singer’s sweet voice resonated throughout the venue. Switching over from from English to Korean, the crowd sang along in a calming unison that was both surprising yet well matched. Despite having a shy demeanor, Yerin’s bubbly personality drew in a crowd mixed with both Korean and American fans alike, allowing for a mixed banter of Korean and English between songs.

As the night came to a close, Yerin finished with her latest single, “Pisces,” which was released earlier this year. Before officially leaving the stage, an encore drew her back to perform the finale songs, which included popular track “0310.” The outpouring of love and support from the crowd made for a memorable night for Baek Yerin’s first show in Chicago.

Special thank you to Yerin’s team and Kohai for allowing us to attend, and make sure to head to our Facebook page to check out photos from the show!