[K-Exclusive]: A “Dumb Litty” Night with KARD in LA 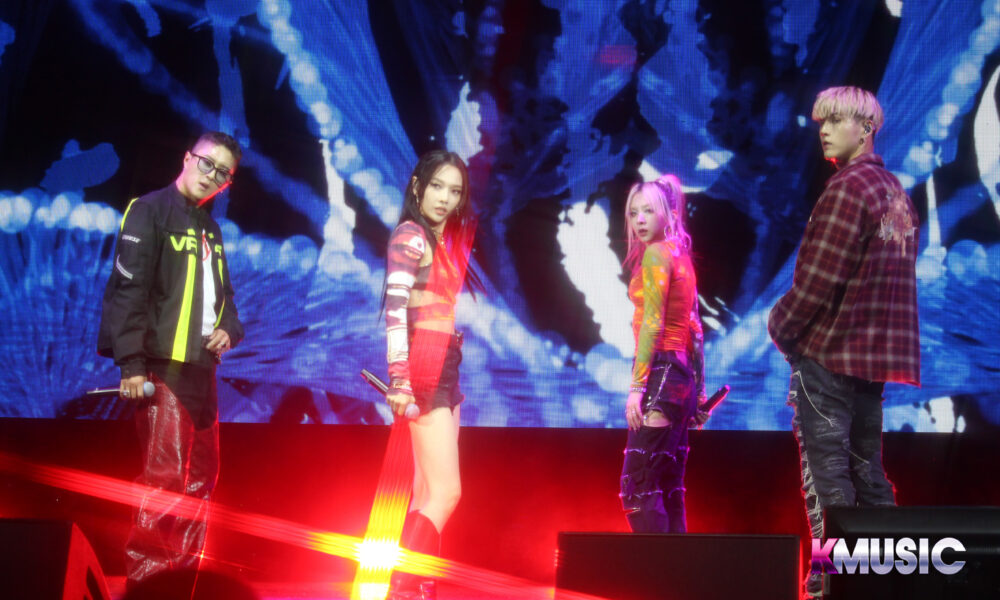 [K-Exclusive]: A “Dumb Litty” Night with KARD in LA

Returning for their third U.S. tour, KARD lit up The Wiltern in Koreatown, Los Angeles for BM’s homecoming show. The 2022 Wild KARD Tour in North America began at the beginning of the month in Washington D.C., and will complete in Texas on September 1st.

Kicking off the show performing their songs in order of release, KARD performed “Oh Na Na,” “Don’t Recall,” and “Hola Hola” consecutively, immediately starting the show with a summer beach vibe. The four members quickly moved forward to introduce themselves before launching into some of their most fast paced songs, such as “Bomb Bomb” and “Dumb Litty.” After the latter song, the group exited the stage for a quick wardrobe change, leaving fans occupied with a behind the scenes video of the music video shooting for latest release “Ring the Alarm.”

Every tour is prepared with their fans’ interests in mind, and KARD’s show was no different. Following the VCR, the members came back on stage separately as they performed special solo and unit stages. BM came out first for two solo songs, dominating the stage with his strong stage presence and rap, before Jiwoo graced the stage and performed a sensual cover of Chris Brown’s “Take You Down,” wowing the crowd with a performance flooded with red lights and smooth dancing. Finishing off their unit stages, J.Seph and Somin joined together for a summery upbeat duo performance filled with bright colors. Returning to the stage as a quartet, the four members then requested to fans in the audience to sit down to enjoy the next few songs. Surprisingly enough, and to the delight of BM (“wow, you guys listen so well!”), fans followed the directions, and sat down to enjoy the slower songs “Breakdown” and “Whip!”

Unfortunately for fans, the next few performances of “Go Baby,” “Gunshot,” and Ring the Alarm were said to be the final ones for the night. Giving it their all, the group pushed through their final few songs before walking off stage. As the crowd only grew louder with chants of “encore,” the venue suddenly went dark once again, only to be lit up by a message on the screen. “You thought it was over? You thought wrong!” appeared, along with messages requesting for fans to cheer even louder, before the group returned to the stage one last time to perform “Dumb Litty” again to finish off the night.

Amazing performances, high energy and lots of water bottles being splashed into the audience, silly antics such as J.Seph leaving a video message for his mom and requesting fans to post it on Instagram and tag her, and plenty of fan engagement in the form of speaking directly to fans in the audience, were just part of what made the show so memorable. In the end, the highlight of the night was seeing fans spend their Friday night with their favorite group, with promises to return bigger and better and sell out the Crypto.com Arena for their future shows.

Special thank you to Live Nation, MyMusicTaste, and DSP Media for allowing us to attend the show! Make sure to check out photos from the show on our Facebook page here.

Scroll for more
Tap
[K-Exclusive]: Head in the Clouds 2022
PIXY heading to Europe this autumn with “Wanna Be Your Villain” tour
Scroll
Loading Comments...