Despite the rainy turn of events on Saturday night, fans of G-DRAGON formed a civilized line outside Hisense Arena- waiting patiently to get into the arena. Personally, I did not expect much from this solo G-DRAGON concert, as I have always been a dedicated fan of Taeyang and Daesung. I was very much expecting a repeat experience of the 2015 Big Bang MADE Tour. As ACT III: M.O.T.T.E World Tour was held at the exact same location, the nostalgia that over swept me did not help. But ‘BULLSH*T‘, oh boy, everything I thought was wrong. It was definitely a ‘One Of A Kind‘ concert experience that is not to be missed (pardon the puns, please!). 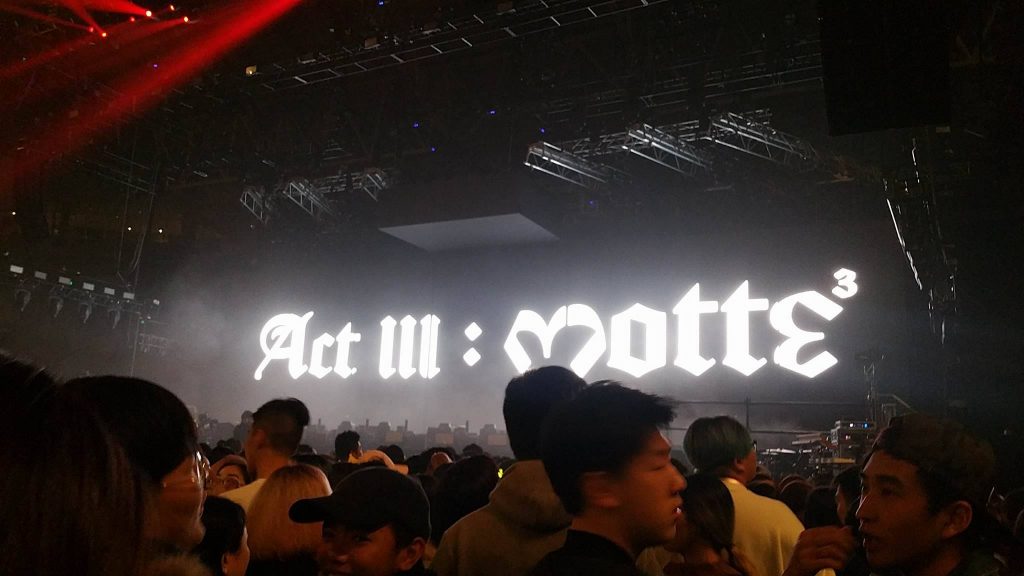 Before the concert even started, whispers of excitement and anticipation filled the packed arena. But all these whispers instantly turned into shouts of excitement, when the lights started dimming. The concert kickstarted with a long time hit favourite ‘Heartbreaker‘ from 2009, which incurred ecstatic reactions from all the fans. This was followed up with old favourites such as ‘Breathe‘ and ‘A Boy‘. Despite listening to these classics multiple times in the past, the G-DRAGON’s concert rendition was filled with its own unique charm, which could have only been developed through G-DRAGON’s growth as a solo artist.

Stage effects such as sparklers and fire were used to increase the excitement of the performance. All the space on the stage were taken up either by YG Family’s backup dancers or props, which only added to even more brilliance to the performance. Throughout the concert, G-DRAGON only stop briefly a couple of times, in between songs times to interact with his fans throughout the concert. Whenever G-DRAGON would speak, this would be met with sighs and cheers of adoration from fans.  The first half of the concert was filled to the brim with the artist’s star-studded and charismatic persona: G-DRAGON. 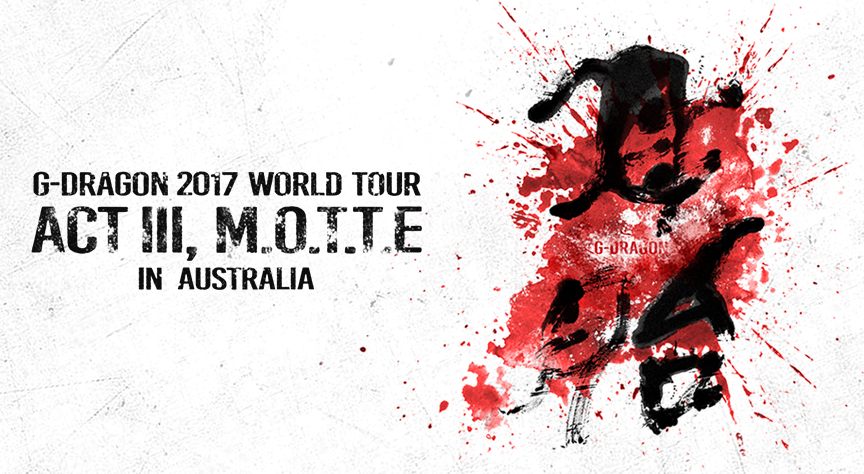 The first short video was an interview that involved members of the BIG BANG, YG Family and Kwon Ji Yong’s father, mother and sister.  Each individual was asked the two following questions ‘Who is G-DRAGON?’ and ‘Who is Kwon Ji Yong?”. The second video was a rather intimate video where Kwon Ji Yong  who was standing by himself in a dark room, gave a detailed description of the struggles that he has faced with the duality of his life. At the end of short clips, Kwon Ji Yong shed a few tears whilst standing alone on the stage with only a red microphone stand for company.

Kwon Ji Yong made a heartfelt confession that even though his life has been filled with the glamour that comes with being a celebrity, he does feel lonely at times. This confession tugged at the heartstrings of many fans, who all shouted in unison ‘Kwon Ji Yong’, to show their support and to comfort the human being who stood on stage.

Following this Kwon Ji Yong finished up his solo concert with songs from his more recent album such as ‘Superstar‘, ‘BULLSH*T‘, ‘Divina Commedia‘ and finishing up with ‘Crooked‘ and ‘Untitled‘ for the encore section of his concert.

Despite this concert being widely known as the almighty G-DRAGON’s world tour, this concert was very much a testimony that illustrated G-DRAGON’s and Kwon Ji Yong’s personal journey of growth and fulfillment. I felt very lucky to have been able to attend such a personalised and intimate concert, and to have witnessed an artist who I have always admired have the confidence to make such naked confessions to his fans. It was an amazing experience and definitely one truly intimate concert experience that should not be missed.

Meanwhile, Officially Kmusic would like to thank the IME AU, Live Nation Australia and YG Entertainment team for the amazing opportunity to be a part of a lovely event. Thank you for bringing G-DRAGON‘s ACT III: M.O.T.T.E World Tour to Australia.