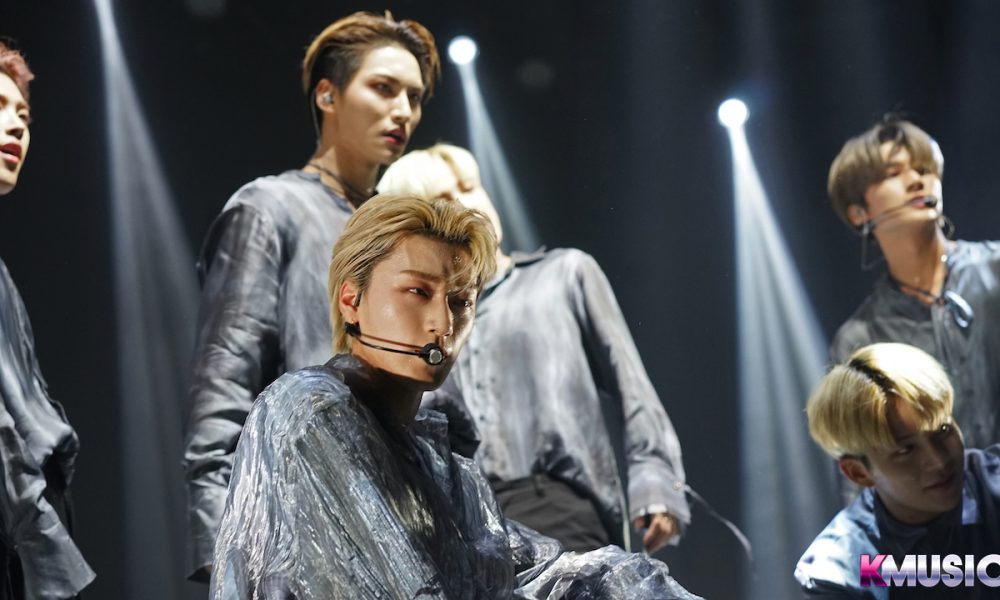 ATEEZ performed in Sydney on the 11th of August for their ‘The Expedition Tour’ in Australia. The boys gave their best as they performed in the Big Top Arena at Luna Park despite the cold weather. Sydney Atiny were only more excited for their concert after hearing of ATEEZ‘s successful concert in Melbourne!

As fans waited in anticipation, ATEEZ‘s songs played in the background already creating a hyped up atmosphere. As 7PM rolled along, video footage of the two dance teams that won the ATEEZ dance cover competition was shown. The two groups, one who won for ‘Illusion‘ and one for ‘Wave‘ both showed off their amazing dance skills and all Atiny cheered along.

Shortly after the video, the arena became dark causing fans to scream and ATEEZ appeared! The first song they performed was ‘Pirate King‘. Atinys screamed seeing all eight members on stage and they soon transitioned to ‘Treasure‘. The songs created a hot atmosphere as everyone cheered along to the amazing dance and vocals! The next song was ‘Desire‘ and the ATEEZ members looked even more charismatic and sexy on the stage! During the song, the streamers and confetti shot into the general standing area making fans scream in joy. Mingi also played around as he pretended to ‘shoot’ some hearts at fans with his microphone! 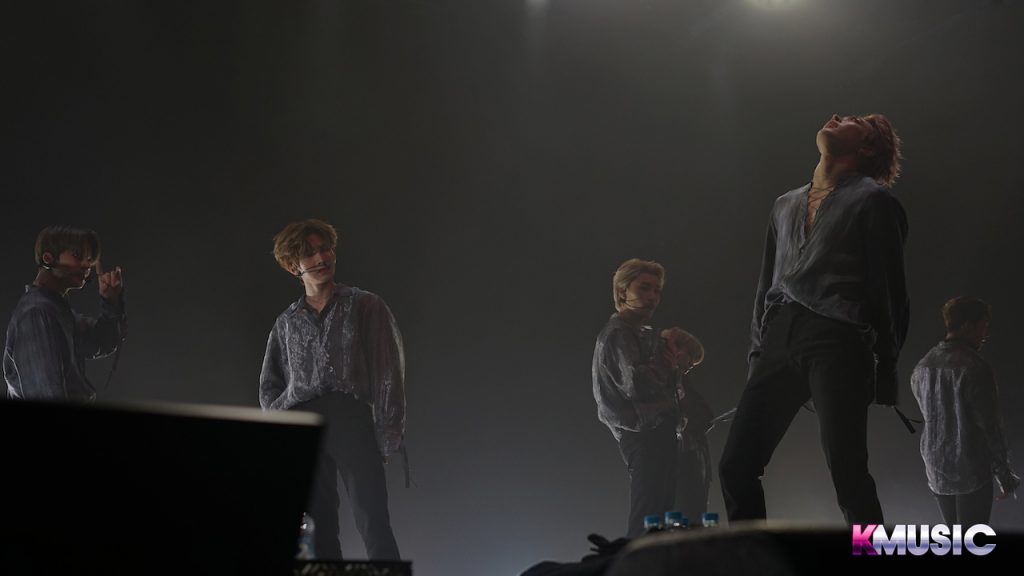 After the first three songs, all the ATEEZ members introduced themselves. Leader Hongjoong led the members with his great leadership and English and started off by introducing himself first. Yunho was next and he had a fun time shouting “Aussie Aussie Aussie” which he continued to do throughout the concert! Yeosang and San were next and they expressed their happiness to see Sydney. Seonghwa, Wooyoung and Jongho were next before the crowd sang a short happy birthday song to Mingi!

Mingi thanked Atiny and seemed to be a bit shy but happy nonetheless. The members got ready for their next set of songs which changed the mood as ‘Light‘ and then ‘Stay‘ came on. Atinys waved their lightsticks to the beat of the sentimental songs although the atmosphere was still high as fans sang and cheered the boys on. 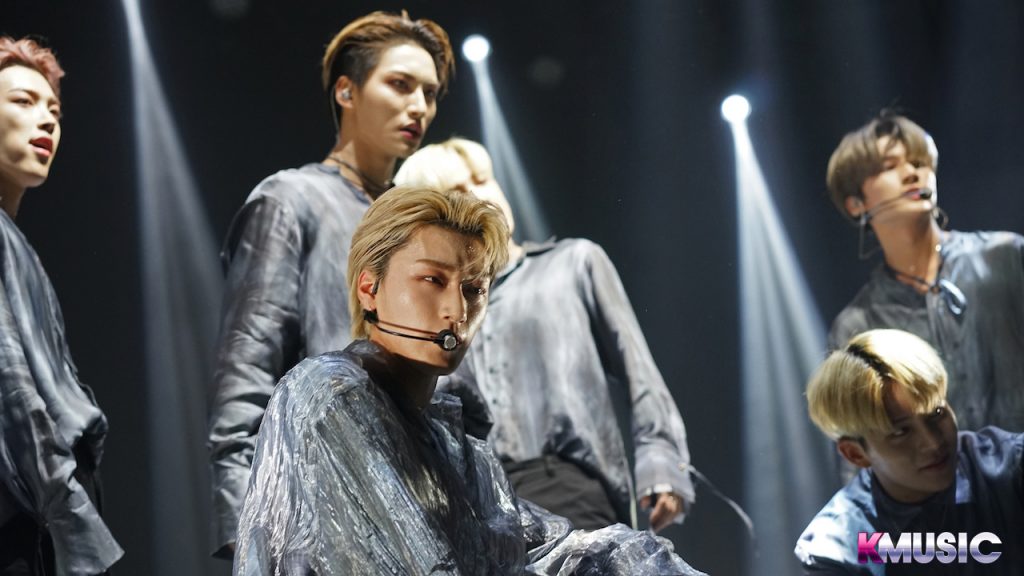 The boys had another short break and communicated with their Sydney fans! Hongjoong said that he really liked Australia and the cold weather. He expressed how he wanted to come during Christmas to have a Christmas in Summer! He sweetly promised that “one day we’ll come back and do more things for you” making fans melt! Jongho told us that he had a special spot for Australia because of his favourite singer Guy Sebastian! The youngest member than proceeded to show a short snippet of one of Guy‘s songs making fans scream with happiness!

Seonghwa then told fans how he had actually lived in Australia for around four months, even attending school here. ATEEZ then had some fun with San‘s preparation of Australian slang! ATEEZ and Atiny worked together to decipher the slang causing big laughter! The group then explained that Seonghwa would be sitting in a chair for the following performances because of his condition but he made sure to assure fans he was feeling fine.

Atiny cheered loud as ATEEZ presented their special stage dance performance of ‘Sicko Mode‘ followed by ‘One Time Comin‘ which showed off their powerful dance moves! As the boys left the stage, Maddox showed up to fill in that spot and he totally killed it! Everyone cheered as he showed off his honey vocals with ‘But Maybe‘ and then laughed as he wittingly dragged out the time for ATEEZ to get changed! He then sang a cover song ‘Unaware‘ treating fans with his amazing voice. Everyone cheered and applauded as he left the stage! 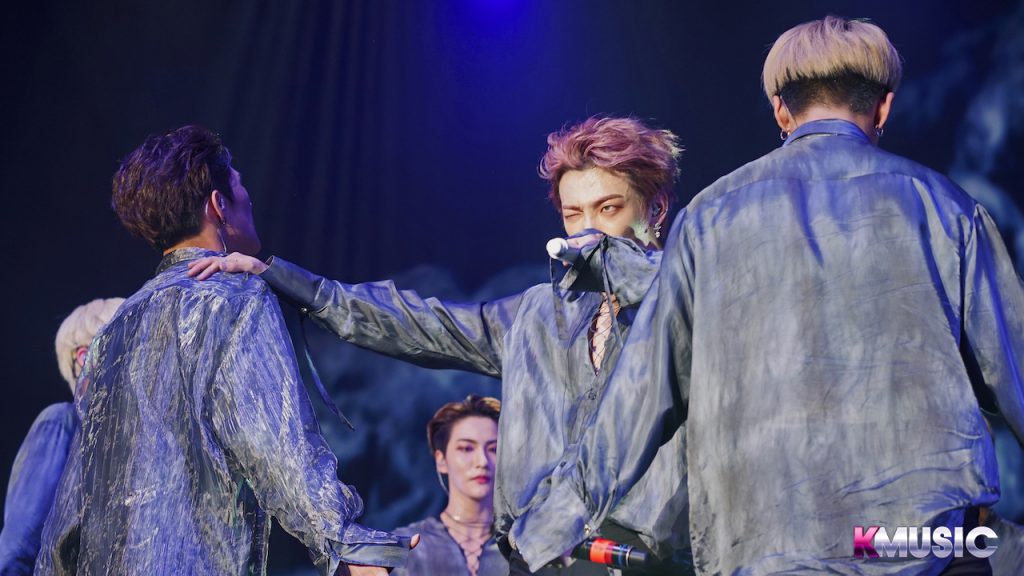 The group then performed their most recent title tracks ‘Wave‘ and ‘Illusion‘ which got everyone even more pumped! Their colourful clothes matched with the bright screen making a cheerful and chill atmosphere. After these two songs they stopped for some time to fulfil some of the requests Atinys sent on their Twitter. Jongho and Wooyoung showed off a sexy version of ‘Aurora‘ making fans scream. Next, the boys did Random Play Dance where random songs played and the boys had to dance to it. Some of the songs included EXO‘s ‘Ko Ko Bop‘, MONSTA X‘s ‘Shoot Out‘, TWICE‘s ‘Yes or Yes‘ and Block B‘s ‘Toy‘. The members did especially well with their cover of ‘Toy‘!

Right after their request time, ATEEZ performed ‘Aurora‘ which fans absolutely loved and then ‘Twilight‘.With the start of ‘Twilight‘ an explosive reaction entailed! The crowd had some time to calm down, just a little, when the VCR footage showed. It was both hilarious and adorable with fans laughing throughout. 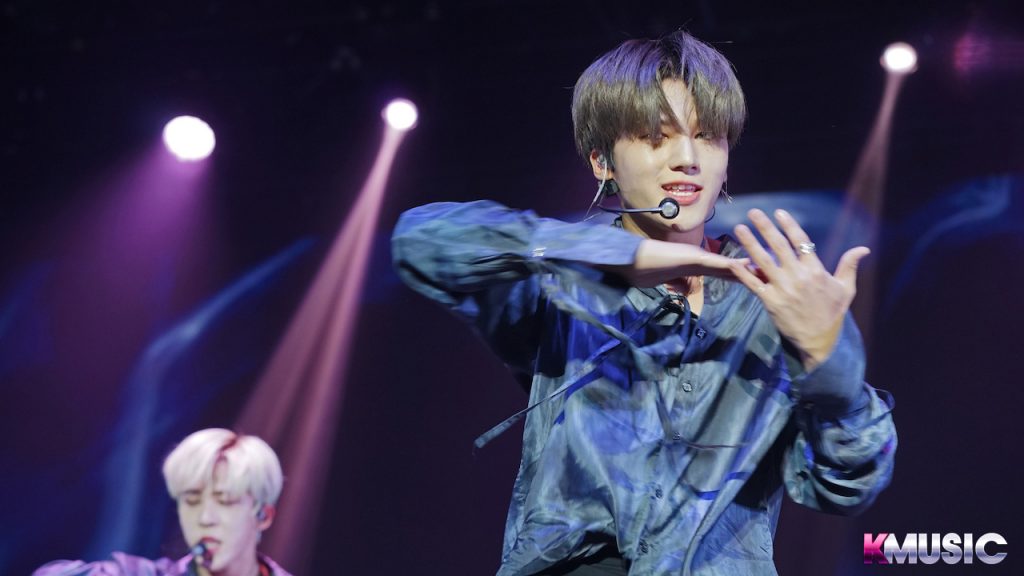 When the boys appeared on stage again, they wore black and white outfits immediately looking even more charismatic and sexy! They performed ‘HALA HALA‘ which caused fans to go wild! Next was ‘Promise‘ and then ‘My Way‘. Hongjoong promised fans that anytime Atiny would call ATEEZ, they’d appear. ATEEZ performed ‘Say My Name‘ and then ‘Utopia‘ with undying energy. 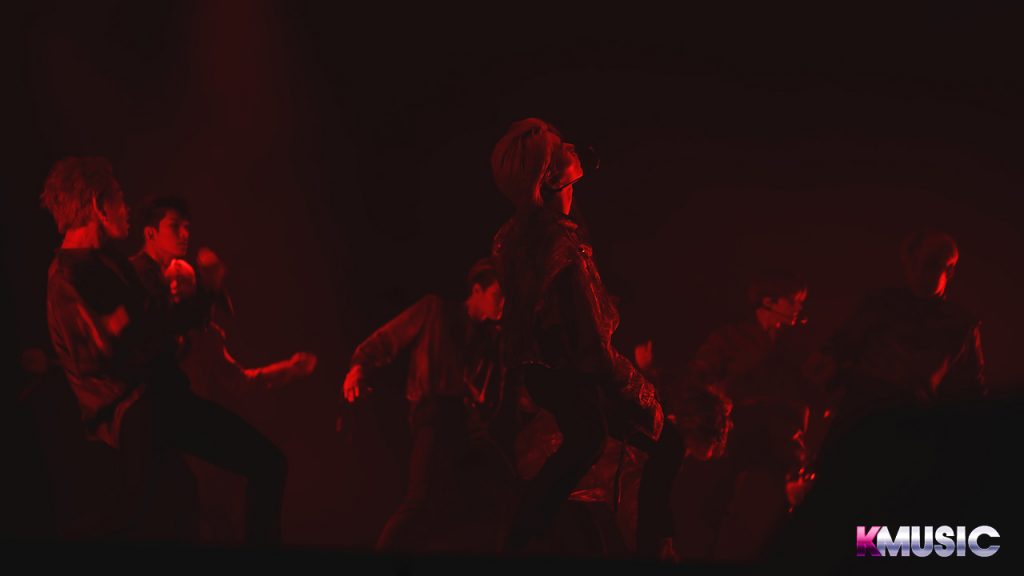 ATEEZ prepared a cake for Mingi and fans sang happy birthday again! It was the last break and the boys all gave their last speech to Sydney Atiny. The boys were so sweet with their words as they reassured fans that they’d be back. Seonghwa assured everyone that he was fine and even said he’d join the group in dancing for the last few songs. He even told fans that they were “brighter than the star“.

For the encore, the boys wore their ATEEZ merchandise hoodies and performed ‘From‘ and ‘Dancing like Butterfly Wings‘. They comforted crying fans and tried to accept as many gifts they could making sure to wave to as many Atiny as they could! 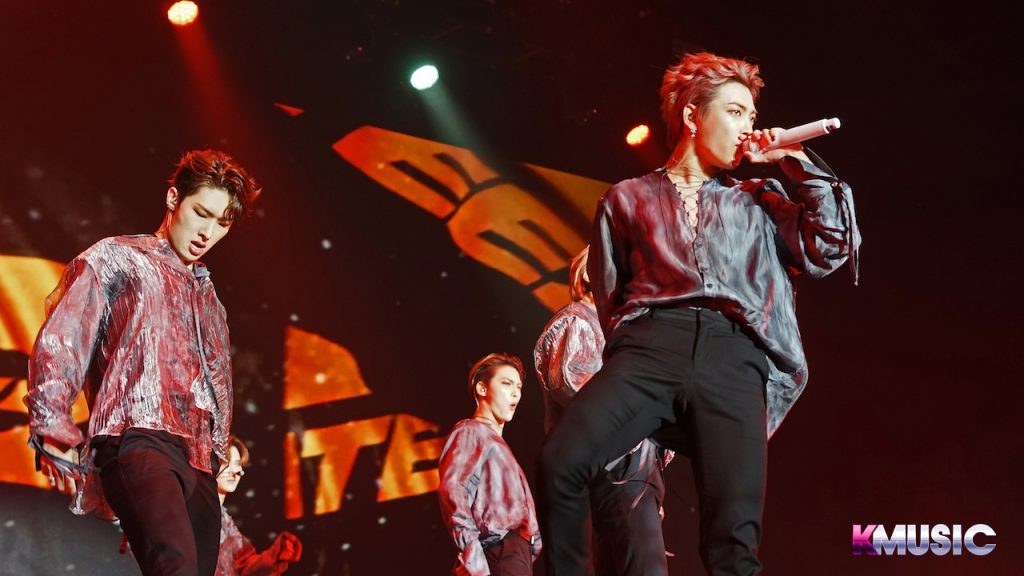 ATEEZ never failed to communicate with fans and showed only their best. Despite members’ conditions and the cold weather, they gave it their all and showed off their amazing powerful choreography and vocals.

Australian Atiny will no doubt be waiting for the return of these amazing boys!

Special thanks to My Music Taste and KQ Entertainment for giving Officially Kmusic the opportunity to cover this concert!

Did you go to ATEEZ‘s concert in Sydney or Melbourne? Tell us what your favourite part or parts were in the comments below!