B.A.P fans, rejoice! The sextet have successfully concluded their live recording for MTV Sessions on September 11th in Singapore, making them the first ever K-Pop act to be featured in the music series.  Adding yet another achievement to the already mile-long list B. A. P. have complied sine their 2012 debut.

As one of the fastest rising boy groups, this is B.A.P’s fourth trip to Singapore following their B.A.P Live on Earth 2014 Continent Tour in May, which also saw the boys making their rounds in Europe, Oceania, America and other parts of Asia.

Performing at an exclusive and intimate setting at the Waterfront Studio of Resorts World Sentosa, members Yong Guk, Him Chan, Dae Hyun, Young Jae, Jong Up and Zelo brought the house down using only five hit singles. With close to 300 fervent screaming fans in attendance the night was a roaring succes.  Igniting the night with ‘Excuse Me’ and ‘Hurricane’ from their mini-album ‘Badman’, the boys took the MTV stage by storm with solid vocals and explosive dance routines that left fans almost hyperventilating and shouting for more. 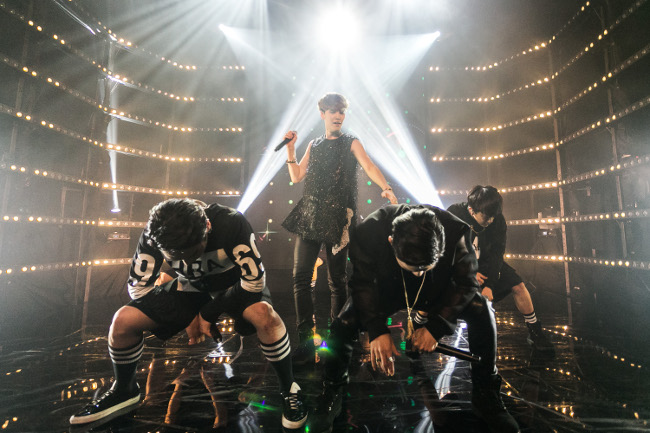 In between tracks, B.A.P paused for a chat with MTV VJs Alan Wong and Hanli Hoefer, answering some questions sent in by fans from around the globe through Twitter. Leader Yong Guk took the first question on how B.A.P feels to be the first K-Pop group featured on MTV Sessions – “We felt really proud and honoured to be here, and we are so thankful to all our fans who are here, supporting us.” And we just have to mention that Bang leader’s deep voice evoked shrills of laughter as soon as he opened his mouth!

Glad to be back to the sunny shores of singapore and reacquainting themselves with their favourite chili crabs, B.A.P also got the crowd going with a hilarious ‘chili crab dance’ when asked what they love about Singapore. Crabs aside, Him Chan surprised everyone, including fellow members when he quipped, “I love Laksa too!”

When asked who is the quietest among the six, all members unanimously pointed to Yong Guk. But when it came to who takes the longest to shower, it was a close fight between Jong Up and Yong Guk.  In the end smiley Jong Up ended up saying, “I gave up”!

In terms of the upcoming plans for the next six months, Him Chan shared that B.A.P will be releasing their new album in Japan in November and will be busy with schedules in Japan from then on-wards. 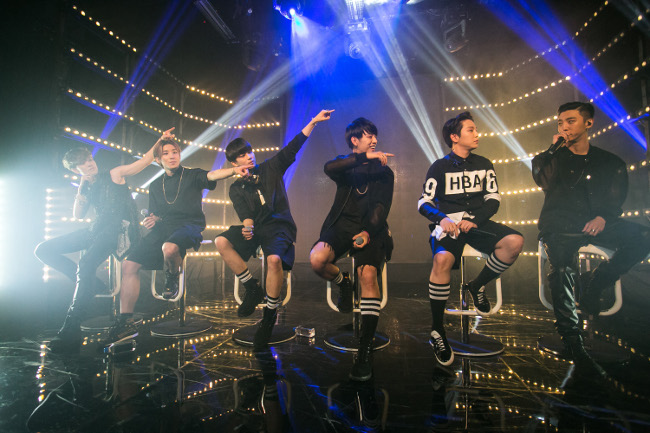 Continuing the session, B.A.P warmed the hearts of fans with ‘Where Are You’, as they nodded in unison from side to side on their stools to the cheery rhythm before treating fans to ‘Love Sick’.

Coming down to the last song, members shared their thoughts on their MTV live recording session thus far. Zelo said, “I think it has been a great performance thus far, and we have made a lot of great memories here”, while Young Jae hoped that everyone could enjoy their performance till the end before ending with a sweet “I love you”. Dae Hyun went on, “It has been great thus far and I’m please to see all of you again, I love you too!” And for Him Chan, he shared “I feel really honoured to be on stage as a K-Pop artiste and I really enjoyed the show. I love you (three).”

Wrapping up the session, B.A.P literally levitated on stage with their powerful dance choreography for ‘1004 (Angel)’ before bidding goodbye to their angels – beloved fans. The short but sweet session was certainly a different experience for all fans present, seeing B.A.P perform up-close and not to mention the possibility of catching themselves on MTV waving their green Matokilight sticks! 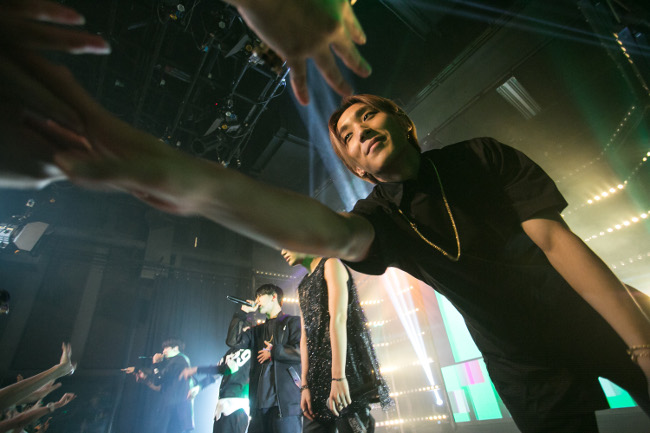 B.A.P also had an interview prior to the live recording, and an exclusive shout-out for our Officially KMusic fans.

Officially KMusic would like to thank MTV Asia, Viacom International Media Networks Asia and TS Entertainment for the invitation to the spectacular session.

Repeat airings of the show are at the following times:

Scroll for more
Tap
Kim Yuna Dubbed “CF Queen” Once Again
ABC to Bring “You Who Came From the Stars” onto TV Sets in the US
Scroll
Loading Comments...