In the City of Brotherly Love, fans from regions all over flocked down to the Trocadero on November 17th, wrapping around the street corners of Chinatown, waiting patiently in line to see B.A.P perform live in Philadelphia for the very first time.  Though a very chilly night, the warmth of their love kept their spirits up, and after what seemed like forever of waiting, fans with the Platinum Baby and Baby Packages were finally able to go in for the sound check.  Nearly overwhelmed with joy, BABYz were definitely hyped up and ready for the concert to officially begin. 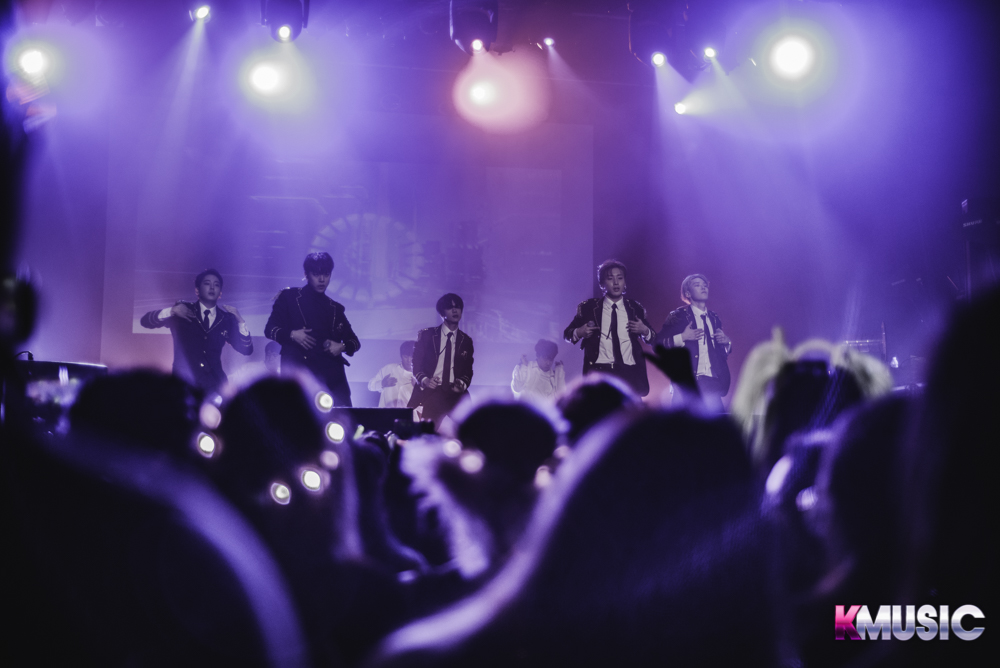 Fans rushed in by twos, threes, and fours, and soon the venue began to fill with more and more eager fans.  Dressed up with Matoki ears and headbands and holding their Matoki light-sticks up so high, the crowd could not wait any longer for the boys to come out and perform.  The members jumped out on stage starting out strong and valiant performing: Warrior, One Shot, and No Mercy.  Seamlessly and effortlessly, they seemed to fly across the stage, giving the performances their all.  They made sure to slow down the pace with a beautiful and elegant performance with: Coffee Shop, lit with the pink hues on the stage, and the fans could not help but fall in love with them all over again. 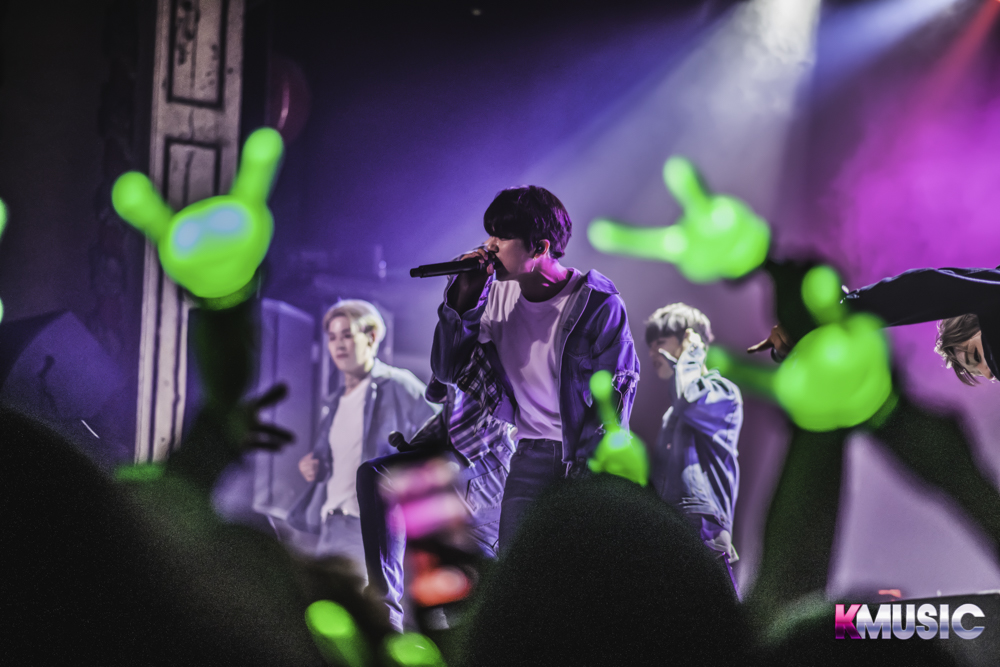 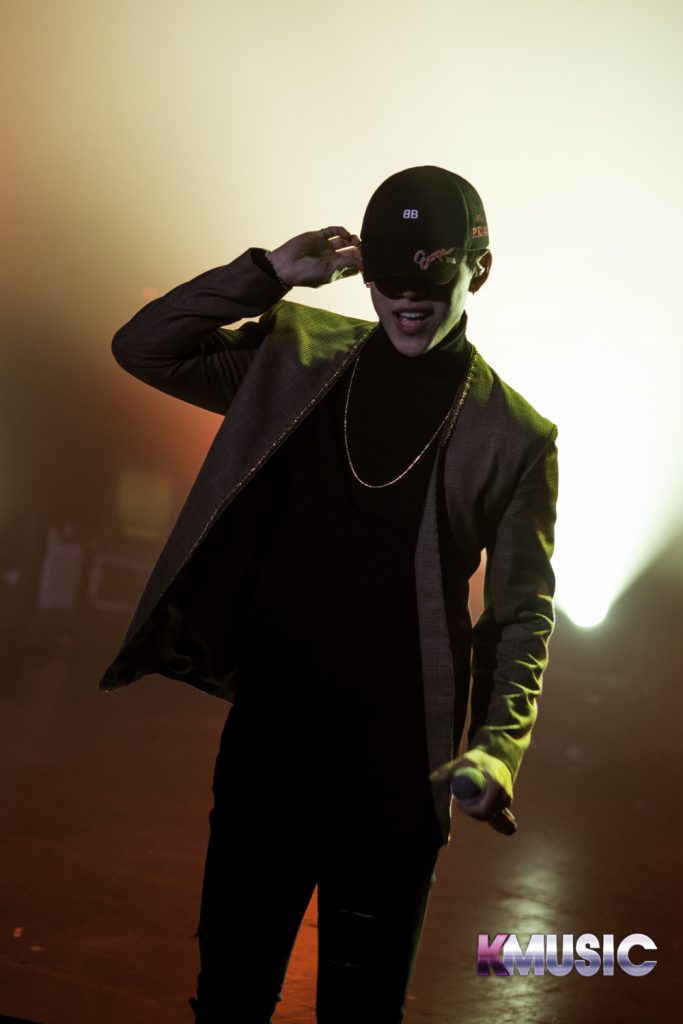 Alongside their group performances, part of the members were able to showcase their talents in both solos and duets!  Youngjae charmed the fans with his solo Farewell, followed by Jongup’s duet with Daehyun Take Off and Zelo’s rocking performance of Howler, finishing off with a beautiful solo sung by the group’s power vocal Daehyun.  Screams and cheers filled the venue, fans could not get enough of the boys. 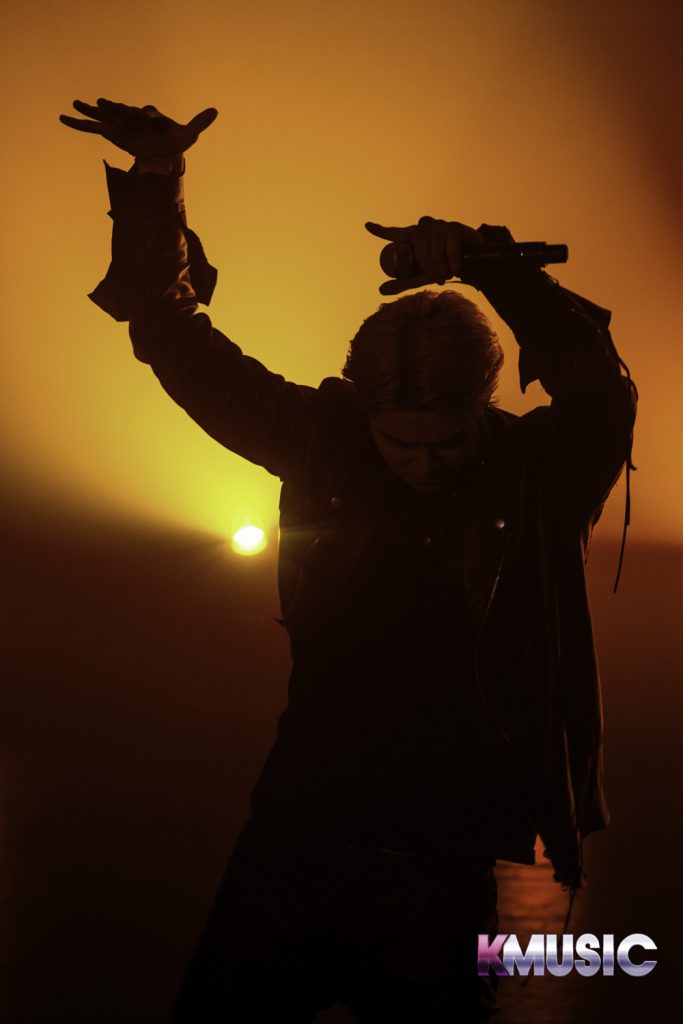 Finally, it was time for the members to read and answer questions from the fans with the Q and A.  Youngjae did the honors of pulling out questions from a bag to answer, ranging from a variety of things: the member’s harry potter homes, tricks Mochi can do, their favorite of the songs they’ve created, and a request to sing happy birthday to a fan to which Zelo did the honors. 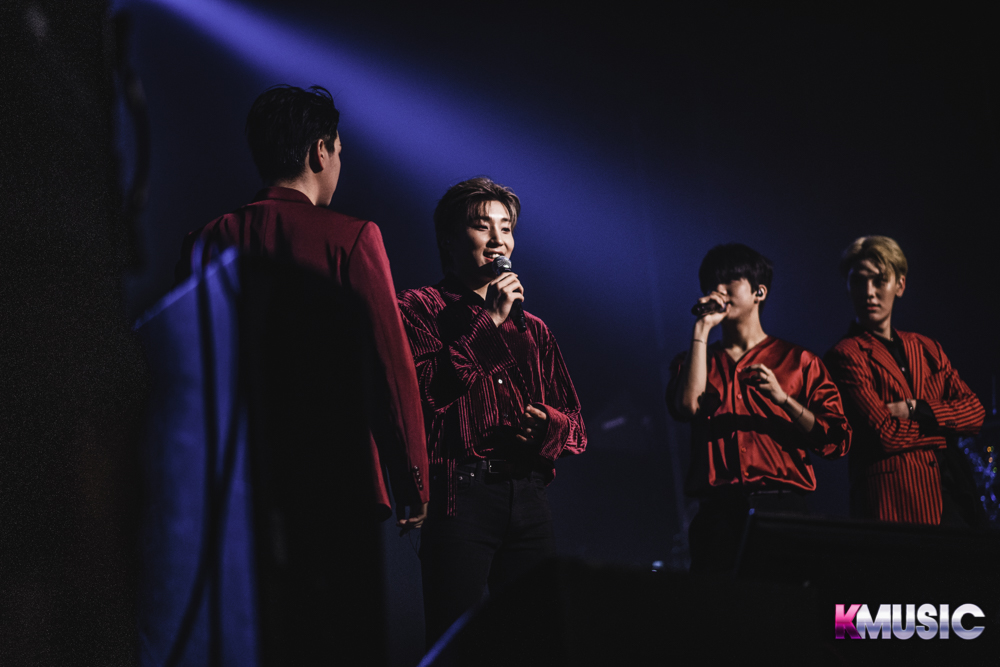 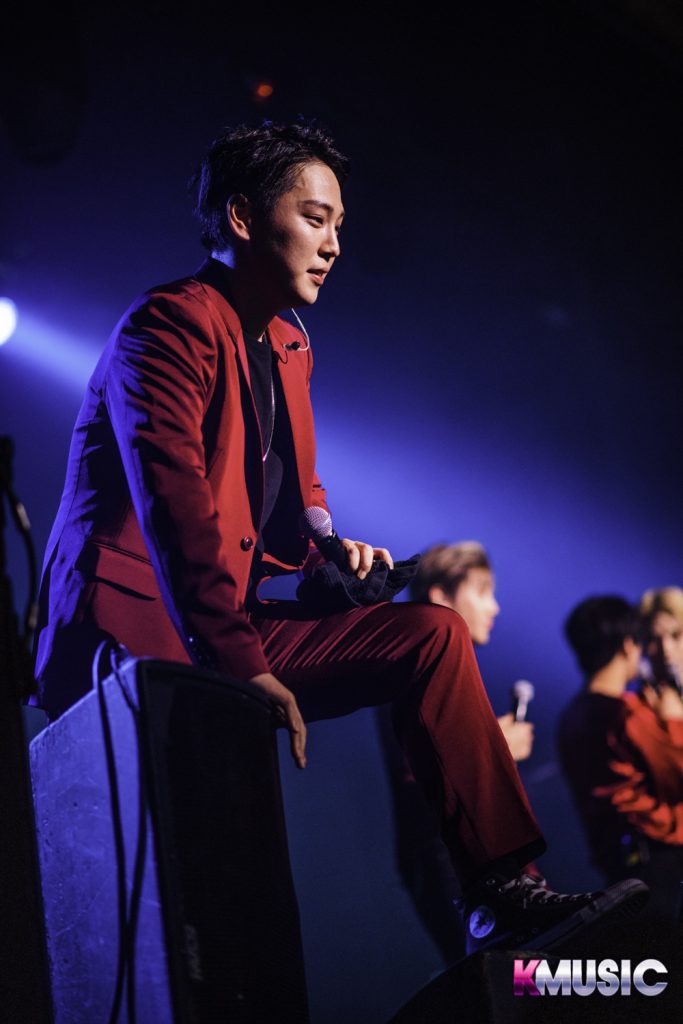 All throughout the event, videos of past stage performances, behind the scenes footage, and recordings from their days as trainees were showcased on the big screen at the back of the stage, allowing both the fans and the members to reminisce on all of the good days spent together.  During their final talk, the members expressed their love and appreciation for the fans and thanked them for such an exciting and entertaining stage on that night.  It being their first time in Philadelphia, they were very happy to be greeted with such loving and supporting fans and expressed their desire to never leave; Daehyun even promised to come back to Philly next year! 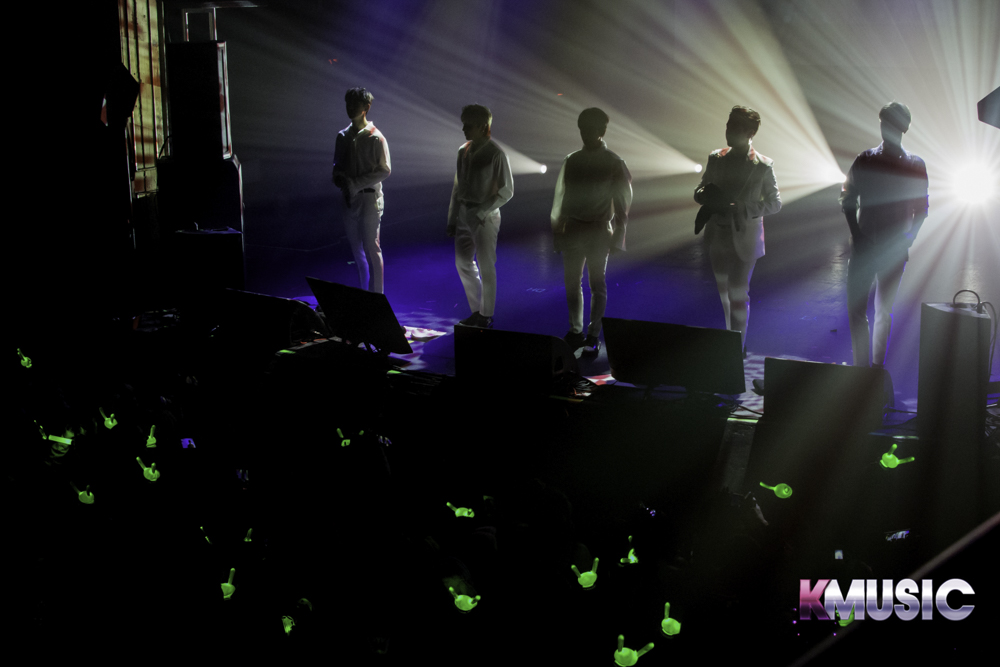 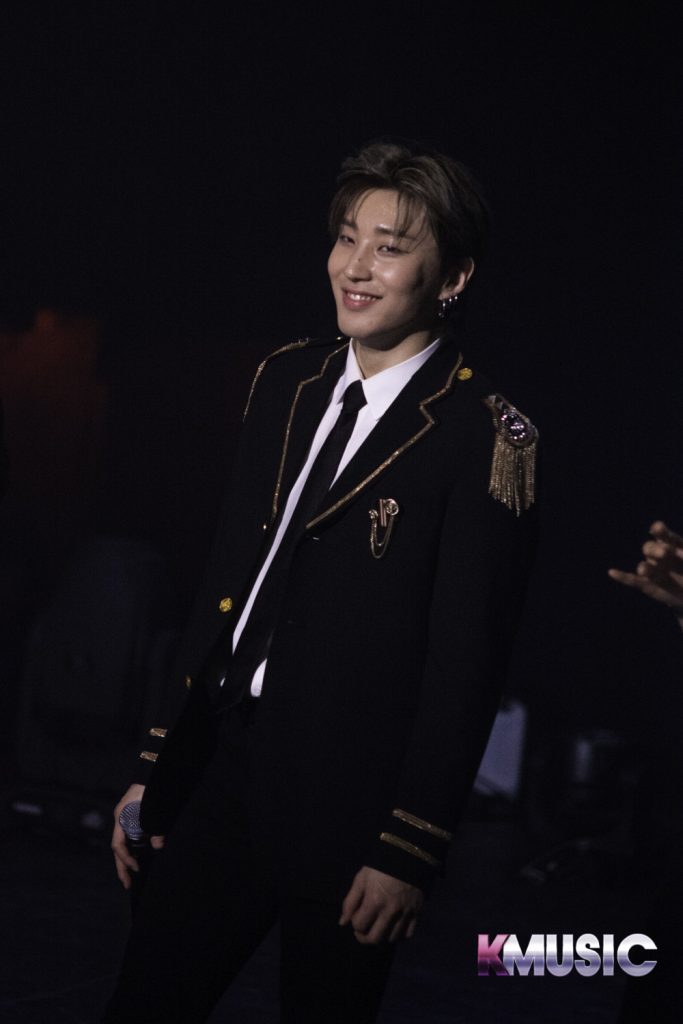 After performing their last performance of Hands Up, the lights went out and the concert was over, but the fans didn’t want to see them go and decided to chant out “one more song, one more song” in hopes of one last performance before they decided to part ways.  Seconds turned into minutes of waiting and after a while of chanting, the lights go back on and the group goes in for another performance, this time with two songs: With You and Goodbye, fulfilling the fans’ cries for one last time to be with the boys. As they performed their final songs, Babyz held up their specially made banners that say “B.A.P,” with a Matoki on them. 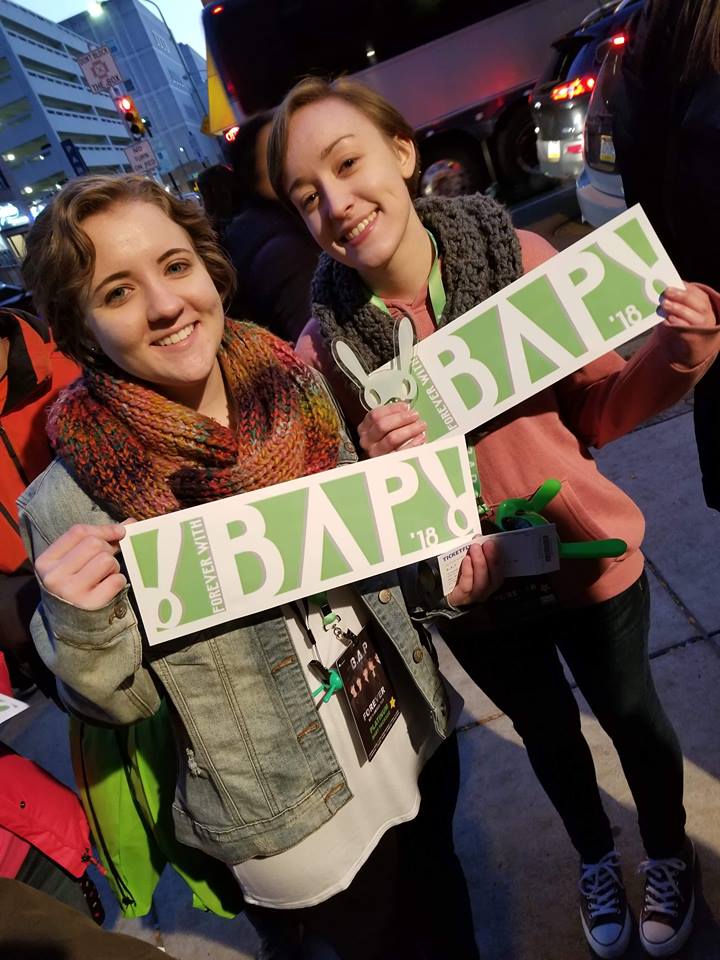 Part of the Platinum Baby and Baby Packages, some fans were able to stay for the group high touch and group photo with the members.  Though exhausted from screaming their hearts out, BABYz were able to enjoy such a wonderful show that night and left the venue feeling warm in their hearts knowing how much the members loved them.  Though it may be their last tour, some of the fans are crossing their fingers in hopes that it won’t be their last performance in Philadelphia and that the group will be able to come again next time.

Huge thank you to JSJ Entertainment for putting this show on and allowing Officially Kmusic to share it with fellow Babyz from all over the world.