K-Exclusive: B.A.P Gives One Heck of a Show in Indio CA

K-Exclusive: B.A.P Gives One Heck of a Show in Indio CA

Fantasy Springs Resort & Casino in Indio, CA is used to seeing crowds of people from all over come to gamble and eat, but on Saturday, November 10th, the crowds were there for a different reason – to see B.A.P perform. BABYz flocked from all over the world, with fans hailing from England, Japan, Korea, and more to see the five members perform in the Palm Springs area for the first time since debut. Already hyped up from the sound check experience exclusively for Platinum Baby and Baby Package purchasers, BABYz’s excitement only continued to go ‘All The Way Up‘ as the concert began. 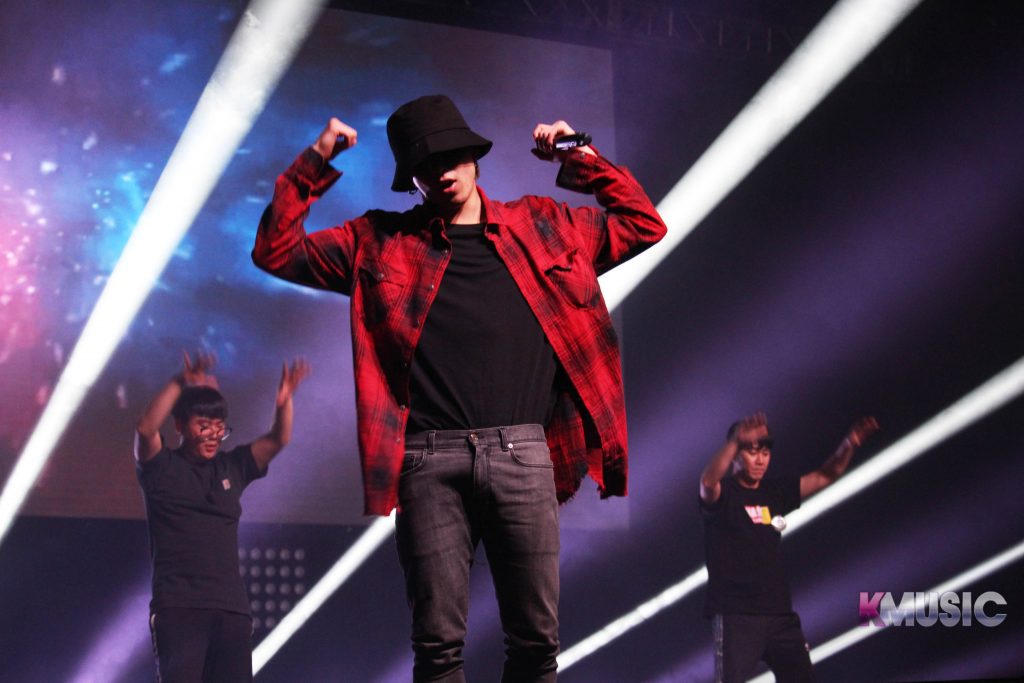 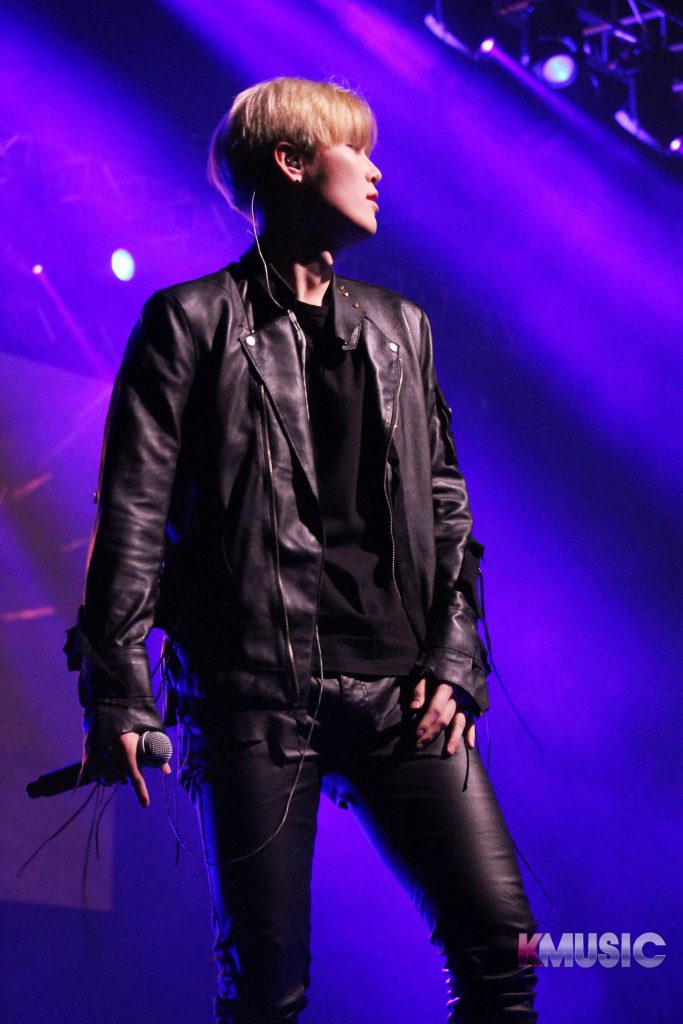 As the lights dimmed, Matoki light-sticks could be seen in the audience, and cheers and whistles could be heard all around. B.A.P took the stage with a powerful performance of their hit songs Warrior, Power, One Shot, and No Mercy. The group introduced themselves, and continued to pour their hearts into each performance for BABYz. They slowed things down with songs like Fermata and 1004, treated fans to solo stages from Youngjae, Daehyun, Jongup, and Zelo, and even surprised fans with a special unit stage with Daehyun and Jongup. 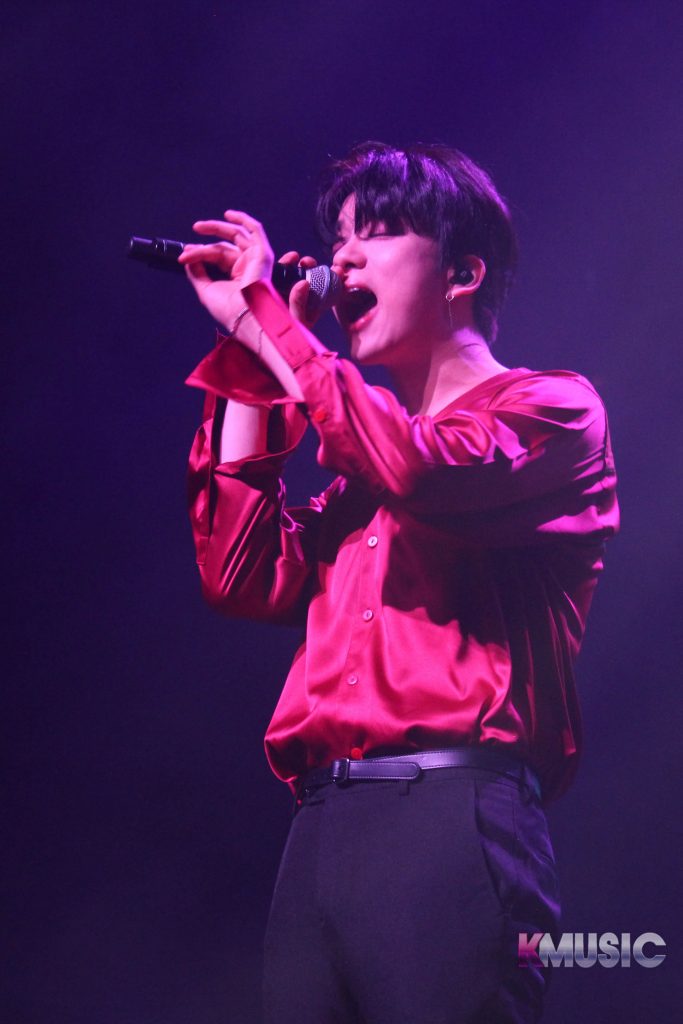 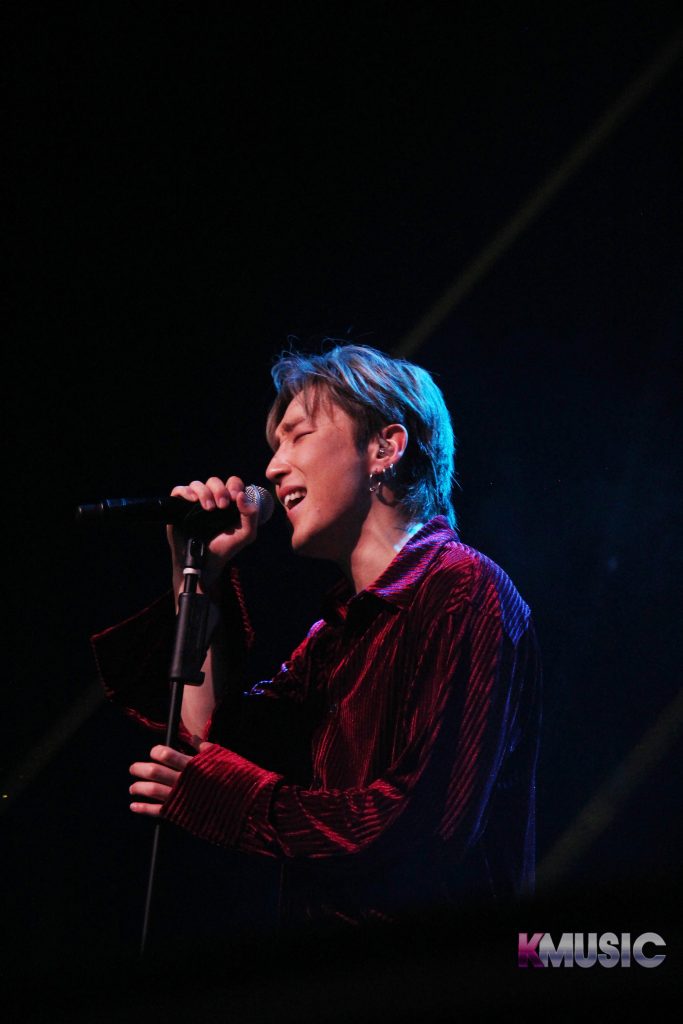 The five members also joked around on stage, and took time to answer fan questions in a special Q&A session. Questions included asking members what their favorite cool poses were, what they wanted to do in LA, and whether they pour cereal or milk first (for curious BABYz, they all agree on pouring cereal first, and Himchan was horrified at the thought of pouring the milk first). 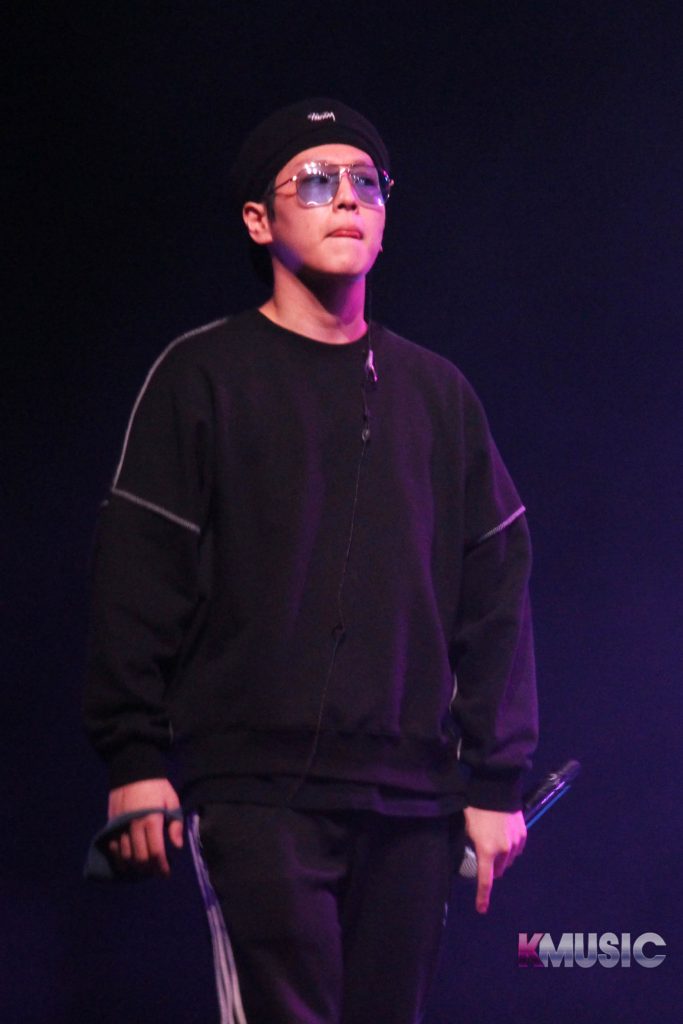 With speculation that this tour would be B.A.P’s last tour indefinitely, both fans and members were feeling nostalgic. BABYz were tearing up as VCRs played flashbacks of their music videos and concerts from debut until now, and the members themselves were left teary eyed several times throughout the night. Zelo and Youngjae mentioned that, to them, Los Angeles is like another home, and promised to be back, and Daehyun was so emotional he couldn’t express himself through words, opting to sing a sweet melody for BABYz to show his love. 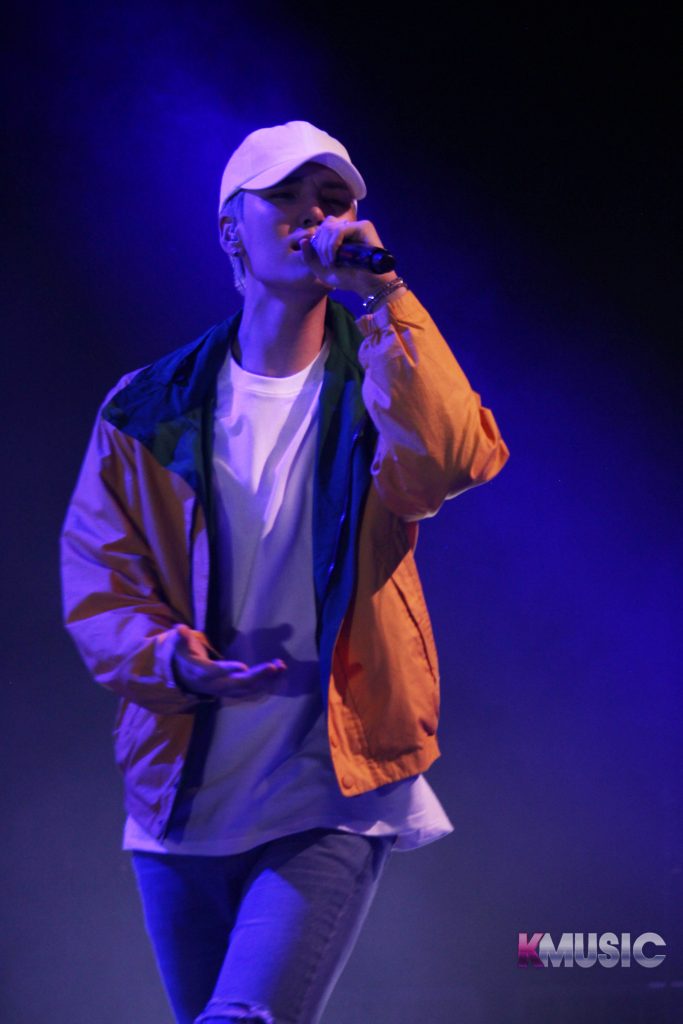 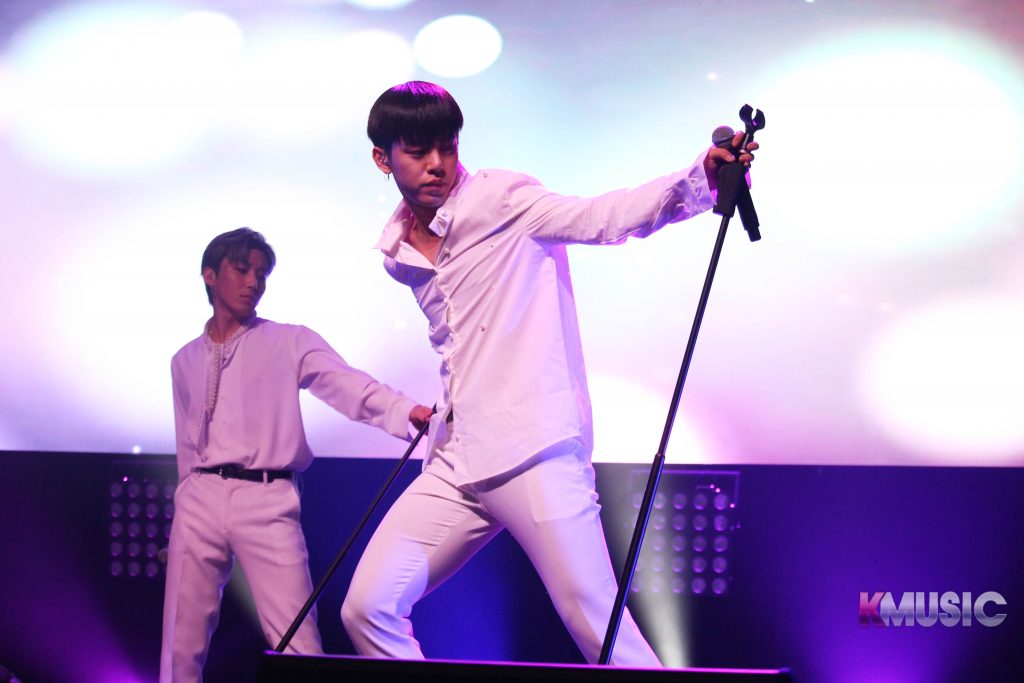 As the concert drew to an end, fans’ chants of “B.A.P!” continued to grow louder as they requested an encore. The group returned to the stage for a final performance of With You, where fans held up sweet banners that promised they would protect B.A.P forever, and Goodbye. Although the show was over, BABYz were leaving the venue with smiles on their faces, as they were able to create so many more precious memories with their beloved idols. 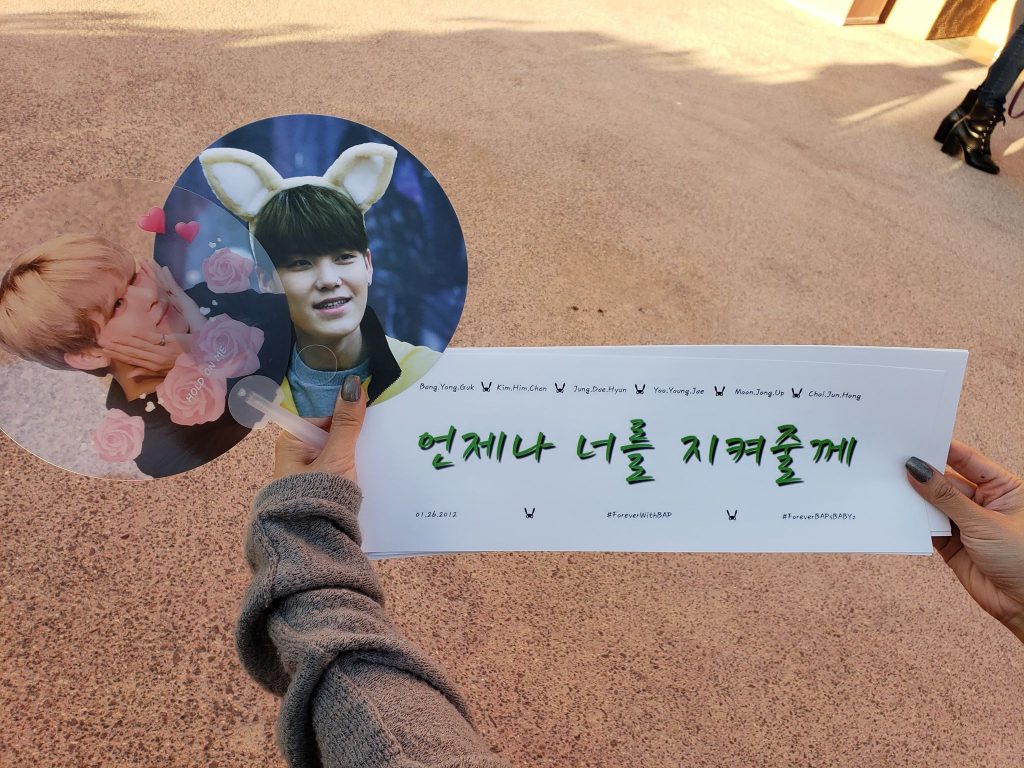 For those who’ve been following these banners by #ForeverBAPsBABYz, Berkeley’s banners said “Forever” and Indio’s banners say “they will protect you forever” so together the message to B.A.P reads something like, “Forever. We [BABYz] will protect B.A.P forever…” (to be continued on the next stop!)

Special thanks to JSJ Entertainment for allowing us (and BABYz) to see B.A.P on their Forever North American Tour! Be sure to check out Offically Kmusic’s Facebook page for more photos of the Indio concert, and be sure to like our page for more exclusive Kpop content.