K-EXCLUSIVE: Beenzino Returns to a Roaring Crowd in the Big Apple

K-EXCLUSIVE: Beenzino Returns to a Roaring Crowd in the Big Apple

“I’ve been waiting for this night; it’s going to be lit!” exclaimed Karen Wang – one of the lucky hundreds of fans waiting in anticipation for one of South Korea’s most loved rappers.

Beenzino‘s last performance in New York City was for his “Up All Night” release party last year, which left fans of the 1llionaire member dying for another chance to turn up to his infamous head bopping tracks.

Wang continued to express her excitement, “Ever since the release party, I told my girls that the next time he’s here we HAVE to go. Like, no matter what. And here we ARE!”

Everyone couldn’t help but to cluster up into a roaring crowd the moment the artist himself made his presence known on the stage. Hands went up in the air, some with fists clenched and others with the infamous “1llionaire sign” way up high, gearing up for another amazing set to come.

Effortlessly showing off his easygoing personality and contagious charisma, Beenzino turned up with his fans while performing and shared bountiful laughs and good vibes in between tracks. Rocking a mix of large sweaters, caps, and shades, the artist oozed swag while performing hits such as ‘Boogie On and On,’ ‘Summer Madness,’ ‘I Get Lifted,’ and ‘Away.’ Laser lights in electric neon colors set the mood for the night, and the rest was history.

Expressing his love for his fans and thankfulness for their support was never a foreign thing for the rapper to admit to, not even expressing how thankful he is for his haters. After all, no matter the hate, his tracks were still on the charts! 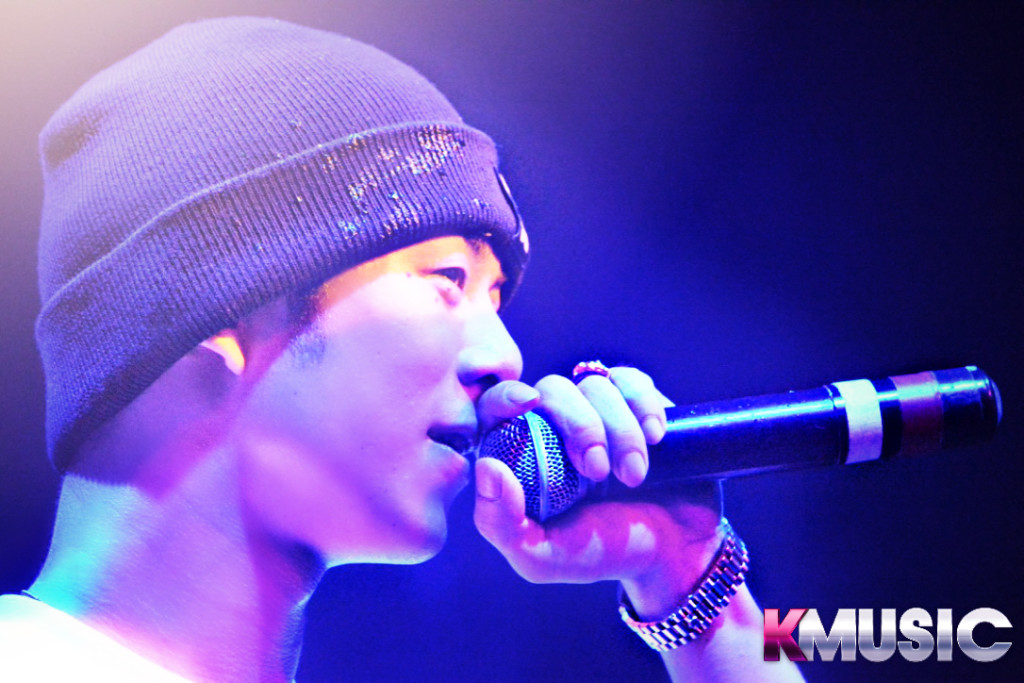 Beenzino opened up to his fans about his inner struggles and just how blessed he feels to be able to perform in front of his American fans. So much so that he ended up performing a good amount of encore songs—such lucky fans!

Promising to return with a huge smile on his face, Beenzino then made his way off the stage. The moment his fans realized it was officially over, post concert depression kicked in … not fun.

A special thank you goes out to CHL Entertainment, Platinum K Shows, Beenzino and 1llionaire Records for such an amazing show the opportunity to cover the event.